Indian pomegranate arils will finally be able to find their way to the US market again, after four long years of halted trade. Overall, there are still some significant challenges ahead of Indian exporters, as air freight costs are through the roof and availability in terms of space isn’t guaranteed. Despite these challenges, one exporter states they’re having a successful season this year.

There’s been some very important news for Indian pomegranate aril exporters, and fresh produce exporters in general, says Abhijeet Sethiya, owner of Santosh Exports: “India and the US have agreed to revive the trade forum after four years. As and when both governments come to an agreement, which will hopefully be very soon, it will be a great opportunity for us as exporters. The United States always has been a market that imports enormous volumes of produce. And four years was a long wait for all of us.” 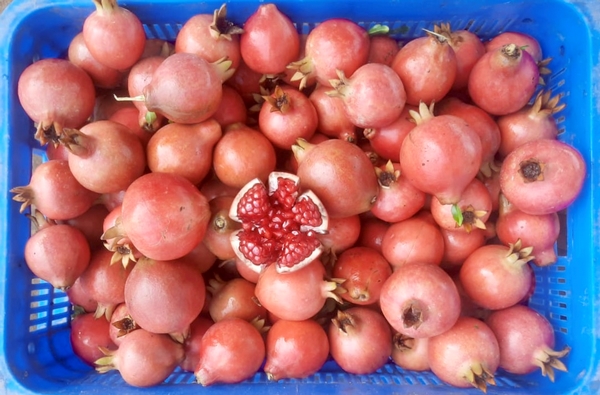 It’s been a challenging season so far, with increased transport costs as well as availability. Despite this, Santosh is heading towards a successful season, Sethiya says. “The year for pomegranate arils has been a year for the toughest ones to survive. With air freights that are sky high, even today, there was been no improvement in air freights and air space since a year now. Thus making it tough to compete. For us in general, the year has been fantastic even then. We are seeing a very good growth in the European countries for pomegranate arils.”

Consumption of pomegranate arils is increasing in the European markets, which provides more opportunities for the Indian exporter: “There has been an increase in demand for pomegranate arils in general. The popularity of pomegranates and arils has been increasing in the European countries. The consumption of the product is simply bigger these days, hence the increasing the demand from various countries. The prices are higher compared to the previous years. This is due to the expensive logistics that we are all aware of.” 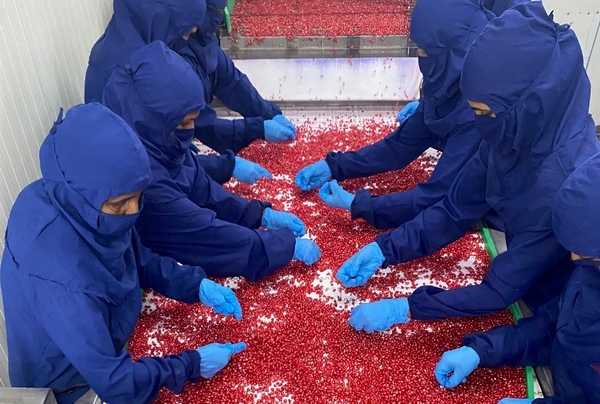 “Our most important markets are The Netherlands, Germany, France and Switzerland. We now look forward to also begin our shipments to Luxembourg, Austria and Italy very soon,” Sethiya explains. However, producing and exporting fresh produce will become more challenging due to global warming: “With the changing climatic conditions all over the world, we see it affecting agriculture in India. There are untimely rains affecting the fruits and vegetables. This poses us a challenge for consistency all over.”