The avocado season in Morocco started in November and a good season is expected. One exporter hopes to ramp up production of the Hass variety, so they’ll represent 10% of the Moroccan Hass avocado production. The company also hopes to enter the Dutch market, as the Netherlands is a large importer of avocados.

Fatiha Charrat, commercial and marketing director for Delassus, states that the avocado is still gaining popularity in the world: “Social media and healthy food trends still manage to capture the consumers’ appetite for avocados. Many countries around the world invested in this cultivar and potential of growth is huge. In the Northern Hemisphere, Spain and Israel, as well as new entrant Morocco are being successful. Israel now sits as the largest exporter from the Northern Hemisphere, exporting 78,000 tons of avocados. Spain has very similar export numbers to Israel, thanks to its own production combined with Moroccan avocados that Spain imports and then re-exports. Morocco exports 32,000 tons and half of it is just for Spain alone.” 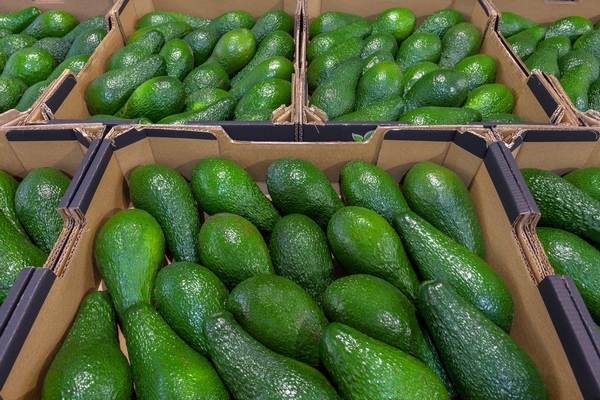 Delassus had already started the export of Fuerte avocados in November and soon the Hass avocado will also hit the markets. “The Moroccan season has already started offering the Fuerte variety since November. By mid-December, the very popular Hass will be available and Delassus Group will then start supplying its customers in the UK. The plantations are young and soon they will be in full production. By 2024, Delassus will produce up to 3,000 tons of Hass, which will represent 10% of the Moroccan Hass variety. For now, the window is small for Delassus, with 8 weeks to work the magic.”

The European market is the most important market when it comes to importing avocados. Delassus hopes they’ll be able to reach the Dutch market as well, as they import large volumes of the product: “From the import side, the European market is the second largest market in the world importing 685,000 tons of avocados, equating 33% of the world’s avocado imports. This number has more than doubled over the past six years, from 310,000 tons in 2014. The main country contributing to the import amount is the Netherlands. They are the second largest importing country in the world accounting for 420,000 tons of avocados. How is it that Delassus does not yet export its avocados to the Netherlands? It’s something to note for the Dutch importers that are interested in trying our avocados!” Charrat concludes.