Hortgro, South Africa’s deciduous fruit grower organisation, is seeing the culmination of another successful apple and pear season in the UK market despite Brexit and the pandemic.

This year, South African apple and pear exports have seen a 9% increase, with approximately 33 million cartons of apples (12.5kg equivalents) being exported worldwide. The UK was the third largest single export destination for apples from South Africa, receiving 6.1 million units and taking 19% of all exports. 15.5 million cartons of pears were exported globally, of which 1 million units were sent to the UK. This is an increase of 36% from 2020.

Jacques du Preez, Hortgro General Manager of Trade and Markets, said that “Despite many challenges, such as logistical problems at ports and global disruption of logistical chains, the South African pome fruit growers again showed their agility and ability to adapt to strenuous conditions, and still managed to deliver a phenomenal harvest—surpassing all expectations.” 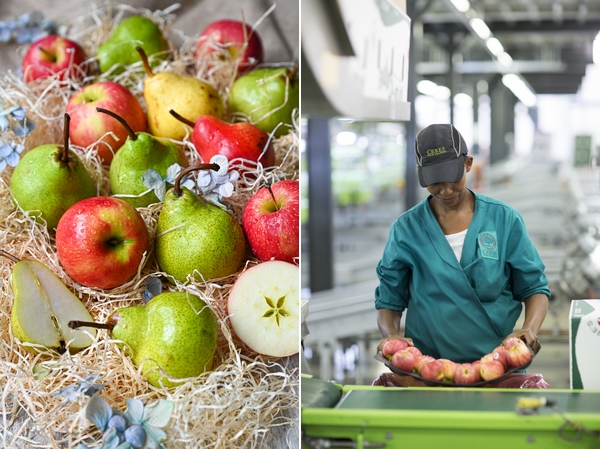 The 2021 top fruit campaign combined B2B and B2C promotional activities, which communicated the industry’s USP’s, including the taste and quality of the fruit guaranteed by the Mediterranean climate, steep hillsides and over 100 years of experience; the seasonality of South African apples and pears, which are available when European produce isn’t; the ethical work of the industry which provides education, housing, and farm management opportunities for its workers; and the world class and highly efficient logistics of the industry.

Advertorials and digital banners appeared in special editions of industry publications, increasing the online exposure of South African apples and pears. Further activity included brand new seasonal recipes, that were featured in the consumer press, on the campaign social media channels, and on http://beautifulcountrybeautifulfruit.co.uk/.

Hortgro is now turning its attention to the stone fruit season, which began this month. The stone fruit UK campaign aims to highlight the world leading quality and sustainability of South African produce. It also promotes agriculture as a force for good in South Africa, where the deciduous fruit industry is key for job creation and contributes substantially to social welfare programmes in rural areas—thereby creating stability within the national context of high unemployment rates.