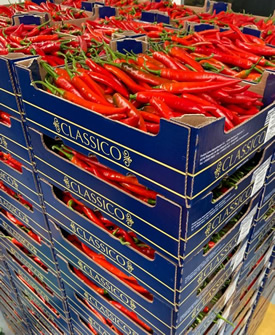 It is, by no means, crazy on the Spanish greenhouse vegetable market at the moment. So says Kees Havenaar of Frutas Luna in the Netherlands.

"Trade has been completely dead for the last two weeks. Only red peppers and mini cucumbers were hot. The other sales were moderate to poor. Dutch growers still had peppers until ten days ago."

"The last of those are now off the market. So, prices improved a little this week. But, other sales are stagnating again. Peppers and mini cucumbers sales, too,  are becoming tougher, although these products are still pricier," says Kees.

Will Spanish growers profit from the high gas prices facing those in the Netherlands? That is hard to say, he says. That is, however, leading to reduced lit cultivation. "Cucumber and, perhaps, eggplant growers could benefit. I think it will only start helping in the spring. That will be when the peppers color more slowly or are planted later," Kees concludes.