From the start of the Chilean cherry season in the Chinese market until now, an estimated 50,000 boxes (5kg per box) have been air-freighted to China. The first air-freight cherries of the season mostly came from production areas in central and north Chile. And the most dominant cherry varieties were the early-season Royal Dawn, Brooks, and Santina.

"The cherries that arrived first on the market did not yet have the optimum flavor and firmness because they are harvested very early in the season. The product quality is expected to improve when large volumes of sea-freight cherries arrive in December. Chinese consumers prefer deep red cherries, but the first cherries that arrived on the Chinese market this year were a light red due to weather conditions and early harvest times. Some traders have already marketed them as deep red cherries to push the price up." 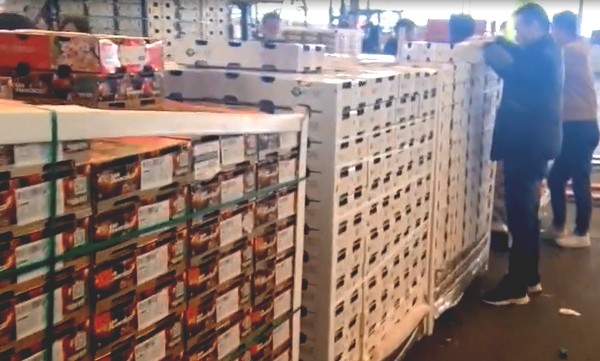 "October and November are quiet months for the Chinese cherry industry, and the shelves are empty. That is why importers rush to get their hands on Chilean cherries. A 5kg box cost around 700-1,200 yuan [109-187 USD] in the beginning of the season. That is more or less the same as last year. Now that the volume of air-freight cherries increased, the price is coming down," said one company representative in Guangzhou Jiangnan Market.

Another representative of a fruit and vegetable distribution company added: "The Covid-19 situation was quite serious at the start of the cherry season last year. Cargo space was limited because many scheduled flights were carrying disinfectants and other Covid-19 prevention products. And the price of air freight rapidly increased. This year the price of air freight has been quite stable, and much lower than last year."

The first sea-freight cherries of the season are expected to arrive by the middle of December. "The price of express delivery is rising because of the global shipping crisis. The price of shipping containers is currently around 15,000 USD per container, which is nearly twice the price of last year. In addition, many ports are struggling with backlogs, and ships are often delayed. All of these developments put additional pressure on import and export traders." 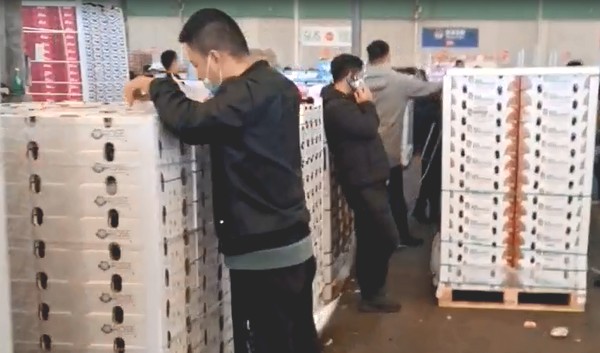 In addition to the pandemic and the global shipping crisis, production areas also struggle with other issues. The cost price of labor is rising as there are labor shortages in harvesting and processing. Moreover, some packaging factories lack sufficient supply of cardboard boxes, which caused the price of packaging to rise. Some packaging factories have switched to plastic crates for their first-grade fruit products.

As a result of all these developments, the cost price of Chilean cherries is rather high this year. That is why Chinese importers are somewhat hesitant. They prefer to see how the market will develop. It is still too early to tell in what direction the supply volume and market price will develop this season.