CMA CGM Group has reported an astonishing surge in its profits during the third quarter of the year, reporting US$5.6 billion, while last year the company achieved US$567 million, according to the latest report.

The third-largest container carrier in the world has marked additional remarkable gains during the last quarter, with earnings before interest, tax, depreciation and amortisation (EBITDA) standing at US$7.1 billion which reflects to surge of almost 318% year-on-year.

At the same time, the French Group's EBITDA margin was 46.4%, a 25.4 point increase compared with the third quarter of 2020, while consolidated revenue reached US$15.3 billion, representing a significant growth of more than 89%, mainly driven by the Group's shipping activities. 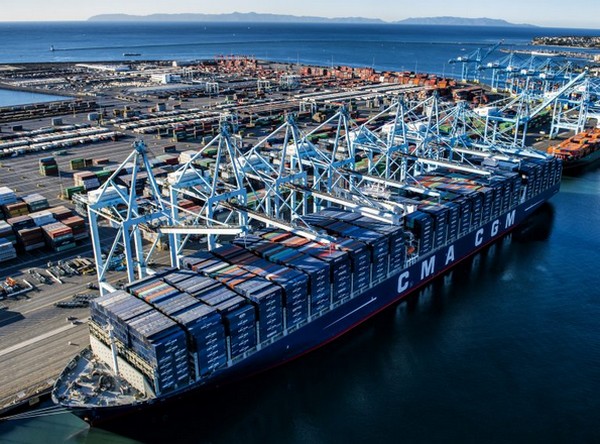 Commenting on the results, Rodolphe Saadé, Chairman and Chief Executive Officer of the CMA CGM Group, said, "In an unprecedented context of strong tensions in global supply chains, our priority remains to support our customers with a complete range of solutions addressing their increased needs for shipping and logistics."

Meanwhile, the Marseille-based group transported 5.5 million TEU during the third quarter of the year, which translates to a 2.5% decrease compared to the same period of the previous year when global trade significantly rebounded, following the end of Covid-related lockdowns in Western countries.

Furthermore, EBITDA for the company's shipping sector completed US$6.8 billion during Q3, representing a year-on-year rise of 356.3%, with the EBITDA margin reaching 54.4%, which is an increase of 30 points over last year's same period.

According to the Board of Directors of the French shipping line, this was "driven by average revenue per TEU of US$2,293 and despite higher operating expenses, notably in bunkers, vessel chartering costs, port handling."

In the meantime, the Group's shipping revenue was elevated by 101% over the same period of 2020, totalling US$12.5 billion.