LimGroup at expoSE with triple extension of its range

"Through this range expansion we can serve our customers even better"

At this year's expoSE, Dutch breeding company Limgroup took the opportunity to present its new corporate identity and expanded range of varieties. Three new registrations were presented under the new slogan Unleashing Plant Potential. Freshplaza spoke with the management about the potential of the new Limadela strawberry variety and the two asparagus varieties Maralim and K3979. 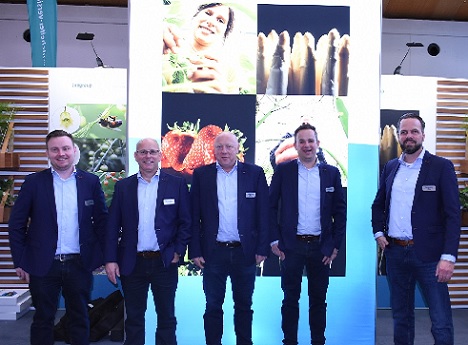 Limadela: high-yielding winter strawberry
Following the launch of Limalexia and Limvalnera, Limgroup is now presenting Limadela, the third new release in its advanced strawberry program. "It is a high-yielding, June-bearing strawberry for cultivation during the cold season," explains Jos Aben, Product Lead Strawberry at Limgroup. "Planting usually takes place at the beginning of August, and it is ready for harvest from the end of September. Accordingly, it is very suitable for heated and LED cultivation in northwestern Europe, for example in foil tunnel or glasshouses."

Maralim: High proportion of popular calibers
A medium to late asparagus variety with excellent head closure that has a consistent quality, even at higher temperatures. That is the promise of new release Maralim. "Furthermore, we are seeing a surprisingly high proportion of thick spears, which are the most popular calibers in the northwestern European market. It is harvested from early-mid May until the end of the season, depending on the growing region," says Stefan Pohl, DACH region account manager.

K3979: Southern European late variety of the future?
Last but not least, brand-new asparagus variety K3979 was put in the spotlight. K3979 is a variety bred for Southern Europe and fits very well with the company's green asparagus portfolio for warm areas. K3979 is a late variety with a high stem weight, a very nice closed head and a high yield potential. "With this range extension, we can serve our customers even better. K3979 is to get a more 'southern' sounding name later, but it will remain a secret for now," says John Schoeber.