Fortuna Frutos is celebrating. Last week, 40 years ago today, Ger Slobbe opened his own sales office for a few Canary Island tomato suppliers, which was still called Fortuna Fruits Continental back then. Slobbe chose to have his own office in the Netherlands, so he could have a better handle on quality and control. That proved to be a good choice: the company developed steadily in the 80s, and Fortuna has become one of the leading Canary Island trade companies since.

Family business
In 1988, Ger's son, Gert-Jan, joined the business, and in 1994, Ger's oldest son, Marco did too. With his third son, Patrick, who was involved with the company from 1997 to 2006, it is a true family business. 2001 was an important year for Fortuna, when Fortuna Fruits Continental merged with Frutos Canarios, thus creating Fortuna Frutos Continental. That same year, Ger Slobbe dies at the age of 61. His sons continue the company in his spirit. 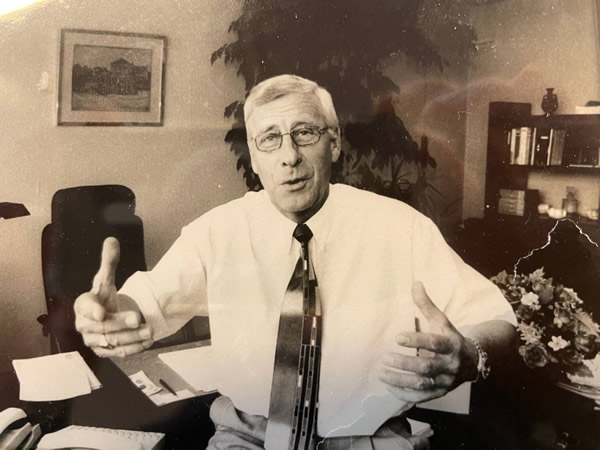 At the turn of the century, the number of products from the Canary Islands declines, and thus so did Fortuna Frutos' import volume. To counteract this downward spiral, Marco and Gert-Jan decided to partner with Grupo Paloma, the leading tomato producer from the Spanish Mazarrón and Aguilas region, in 2006. With this partnership, the company imports tomatoes from the Iberian Peninsula alongside tomatoes from the Canary Islands. They also began working closely with a Dutch tomato specialist. The company then relocated to Barendrecht, with its warehouse activities taking place at Opticool and its subsequent companies.

Expanding against the current
While many importers and exporters abandoned trading with the Canary Islands, Fortuna Frutos expanded against that current. In 2013, the Slobbe brothers accelerated their growth by founding Fortuna Frutos International together with Stephane Rion, as such expanded the company's range to include Spanish fruiting vegetables. This development and range expansion followed a long-cherished wish of Fortuna Frutos' loyal customers, many of which have been doing business with the company since the very beginning. In 2019, the assortment grew to include fruit, and soft fruit and citrus were introduced to existing clients and others.

By now, the Fortuna team has four members at the harbor who focus on logistics and quality. Furthermore, the company also has an office staff of ten people. "We're pleased with the team and product range's expansion. We've laid a solid foundation for the future, on which we hope to build for many years," says Gert-Jan. When asked about the company's strength, he answers: "Reliability and quality are our priorities. We've achieved these thanks to the partnerships with our suppliers - some of whom we've been working with for decades - and don't forget our loyal customers spread across the local and overseas food service, retail, and wholesale sectors."

"Next summer, at the end of the import season, we hope to move again," Gert-Jan continues. "That'll mark the next chapter in our 40-year history. I hope that in another ten years, we can once again say we've experienced steady growth. I'm happy with our current client and product variety, and we'll continue to focus on that in the coming years." Whether the third generation of Slobbes is interested in joining the business remains to be seen. "But we still have a while to go, so for now, we still enjoy going to the office ourselves," he concludes.