"Leek sales have held up since the pandemic started. We have grown by 7% with this vegetable alone"

Spain is the sixth largest producer of leeks in the EU-27, according to FAOSTAT data, in a ranking led by Belgium, France and the Netherlands. The region of Castile-Leon accounts for most of the national production, with a harvest that in 2020 amounted to 31,339 tons, according to data from the Ministry of Agriculture, Fisheries and Food. The province of Segovia accounts for 72% of the region's entire harvest (22,748 tons in 2020), far surpassing the figures of the next largest producing region, Andalusia, which last year reached almost 18,500 tons, according to provisional official figures. 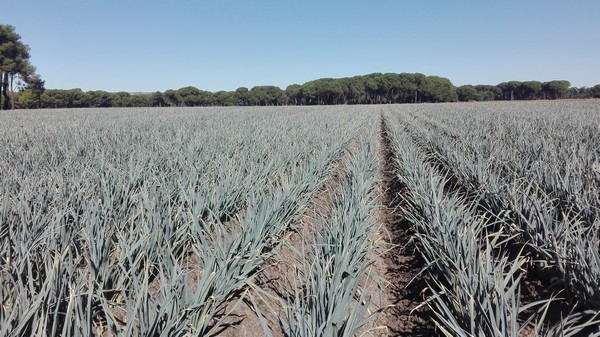 "Segovia is the leek producing area par excellence in Castile-Leon, with more than 60% of the acreage in the autonomous region. This is due to its climate and its sandy soils, which are ideal for the crop's cultivation," says Silvia Martínez Colodrón, of Tabuenca. "The production kicks off in June and continues until December, although in the case of industrial leek, it can be grown until January."

"Tabuenca markets fresh leek all year round, not just regular leek with leaves, but also peeled, cut and packaged leek. From December to June, we move our production to the south to complete the campaign. Until now we had been growing leeks in Andalusia and Portugal, but this year we will only grow them in Andalusia because of the higher transport costs," says Silvia. "In total we will have about 200 hectares in production." 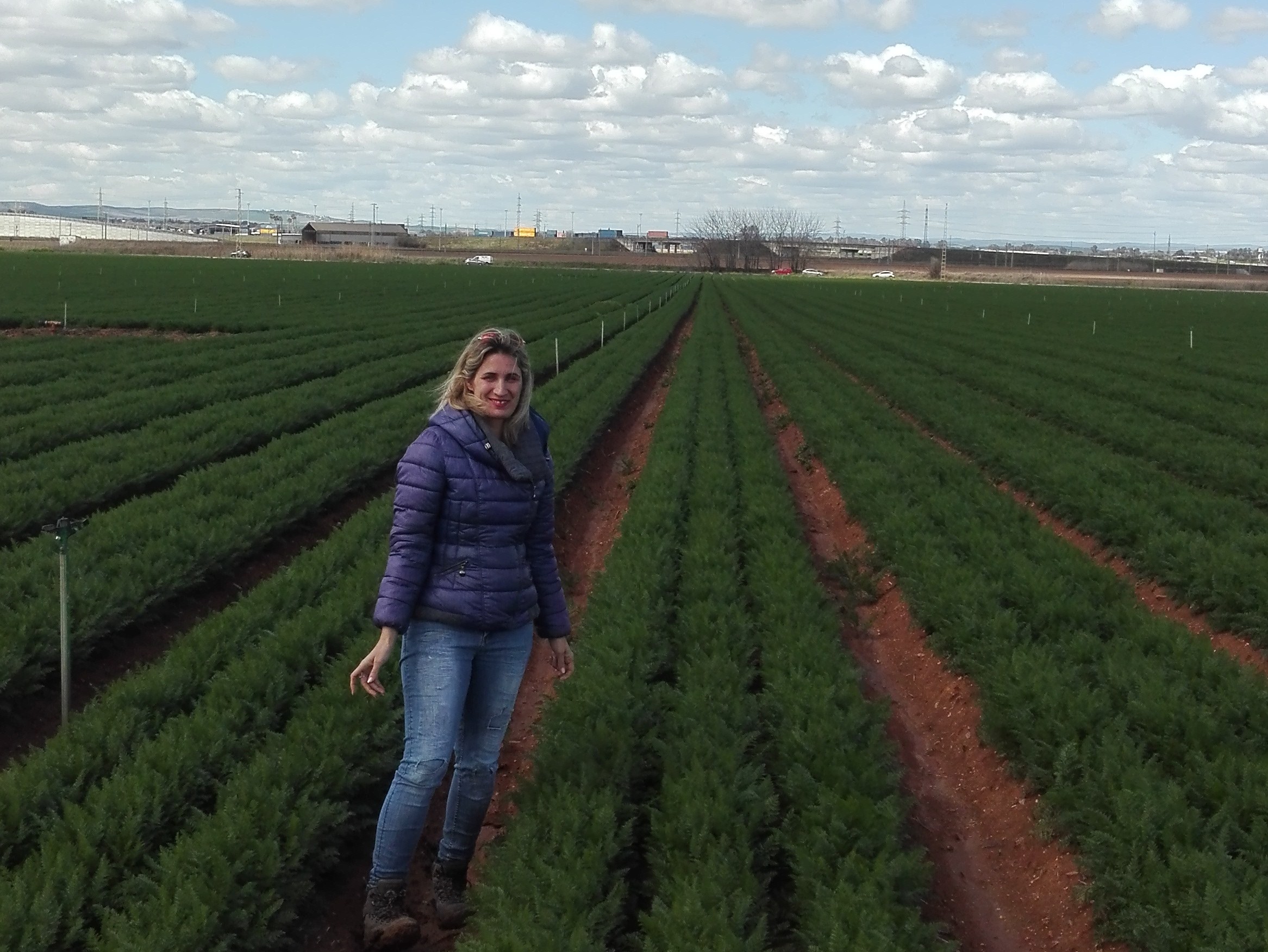 The fact is that the rising costs are taking a toll on agriculture in what could be considered one of the most expensive campaigns in history. Figures published in a recent Asaja report showed the escalation of the price of inputs this past year, including those of fertilizers, which have increased by between 239 and 307%, agricultural diesel, with a rise of 73%, or electricity, necessary to keep washing and packaging facilities running, which has increased by 270%, according to the study. "It should also be taken into account that the cost of leek production is high in itself. it can reach about 12,000 Euro per plot, so it requires very careful planning to ensure the profitability of our growers, with whom we always work with contracts." 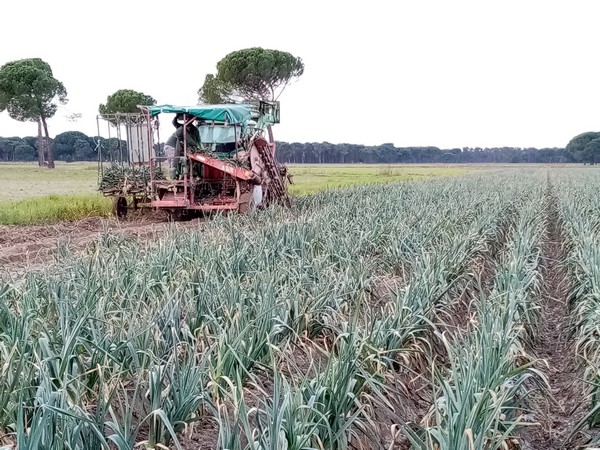 "Another difficulty we face is related to labor. In the field, we use automatic harvesters that do not require a lot of manual work and also allow us to have a fresher product, because the freshly harvested leek arrives at the facilities more quickly. But in the washing facilities, where the leeks are washed and peeled, a lot of labor is needed and it is becoming increasingly difficult to find workers." 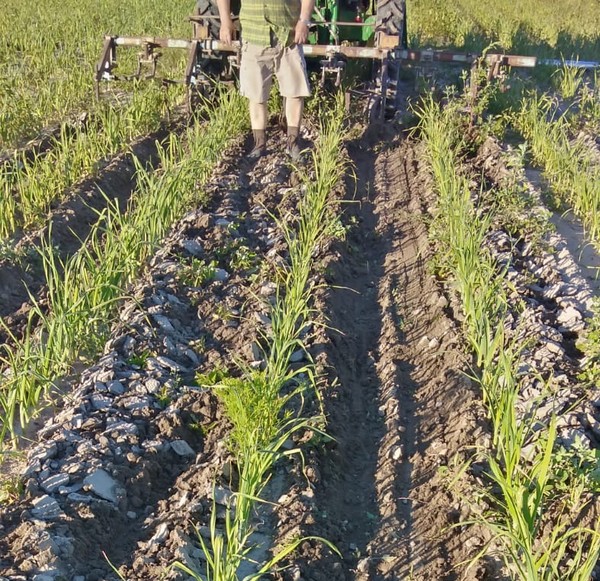 Tabuenca sells its production (25 million leeks a year) mainly in the domestic market. "We work with all the major Spanish marketing chains," says Silvia Martínez. "Every year we see a growth in sales in the company, and those of leek have risen since the start of the pandemic. COVID was a turning point that resulted in many products growing, but leek sales have held up and with this vegetable alone our growth has stood at 7%."

"Our R&D department has allowed us to develop different formats to market our production, from fresh leeks to 300-gram trays of baby leeks or bags of fresh cut product. We also grow organic leeks, whose production reaches 2 million units per year, and zero waste leeks."

Dehydrated soups, an example of sustainability
Sustainability is not a concept that this family business, founded in 1947, applies only to the production. The company, based in the Segovia town of Cuéllar, attended Fruit Attraction 2021, where it presented its new line of dehydrated vegetables VerduÑam for the preparation of soups and creams. With them, it aims to offers a healthy product to consumers while adding value to the non-commercial production and fighting against the waste of resources and food. 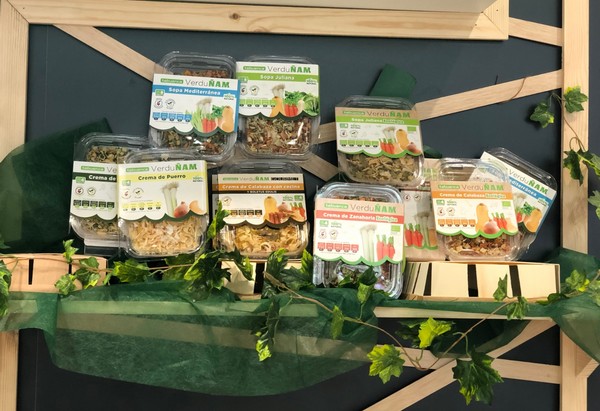 "Every year, a considerable volume of vegetables cannot be marketed because of visual or aesthetic defects. Food chains are very demanding when it comes to quality and uniformity parameters, causing us to deal with waste that we didn't know what to do with until now. Faced with this problem, we came up with the idea of producing dehydrated vegetables," says Silvia. "These are products without colorants and without any kind of preservatives that once rehydrated retain the same organoleptic properties as the fresh product. In this way, we avoid throwing away products that are perfectly suitable for consumption and which have been cultivated and cared for by our growers. We provide the consumer with a quality product that is very easy to prepare and we contribute to achieving greater sustainability." 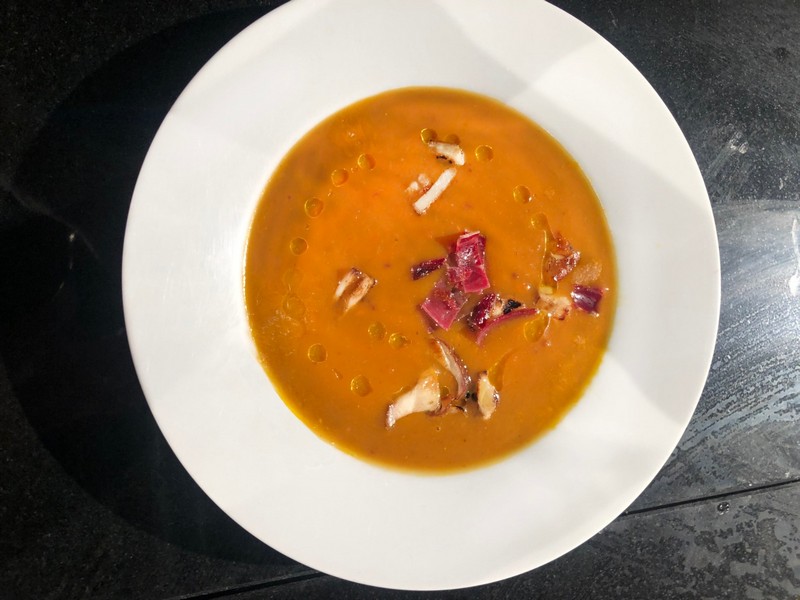 Attendees at Fruit Attraction 2021 had the chance to taste the recipes prepared with Tabuenca's VerduÑam dehydrated vegetables, both at its stand and at the Showcooking, in which Fran showed all participants the multiple possibilities they offer in the kitchen.