"Careful study of collections held in herbaria across Australia, and with reference to historical specimens held in European herbaria, showed that the central Australian populations were indeed morphologically distinct from more northern or western populations," Dr. Barrett says. "These figs are an incredibly significant species to First Nations peoples in central Australia, for food, shelter, and spirituality. Damaging these trees could be punishable by death historically, such is their significance to the whole community.

The culturally significant plant also grows on other elevated landscapes in central Australia, including Kata Tjuta (The Olgas) and Karlu Karlu (Devils Marbles). 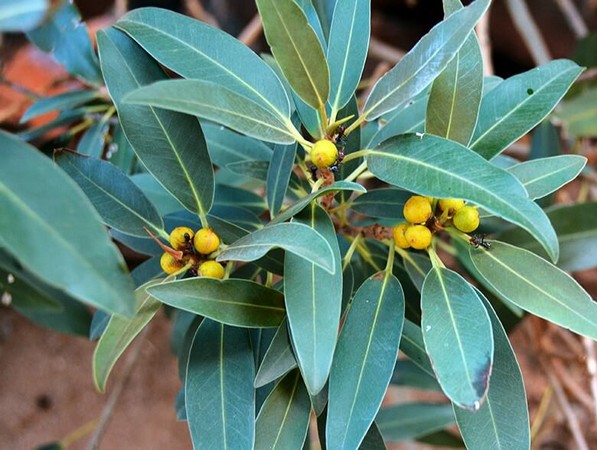 Honors student Brendan Wilde, who has been studying Australian native figs for a decade, first saw the species and enlisted Dr. Barrett, an expert in plants of Northern Australia, to help find out more.

"To recognize a new species for science is always exciting but to find one on Uluru is not something you expect in a lifetime of research," Dr. Barrett says. The main differentiating factor for this species is its leaves, being smoother, narrower and thicker than related Australian fig species.