Organic enterprise Groenheuwel Boerdery in the Northern Cape was entered into the annual Eco-Logic Awards by their organic citrus importer EOSTA (Nature & More) in The Netherlands and to their surprise, says André Spangenberg, they were awarded a gold medal for their pioneering work in sequestering carbon and reducing carbon dioxide emissions on their citrus and table grape farm in Augrabies, on the banks of the Orange River. 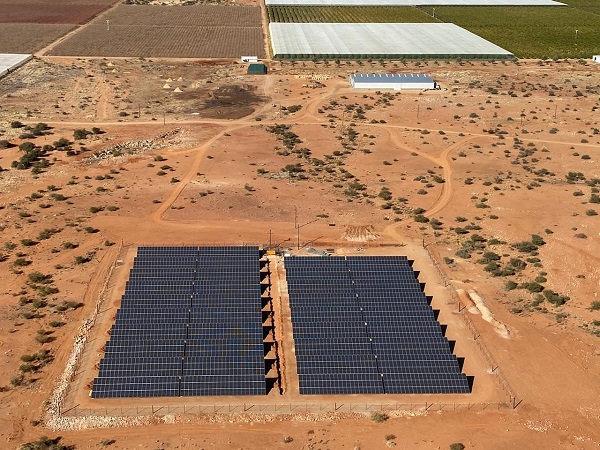 The judges were impressed by the level of commitment Groenheuwel Boerdery had shown through installing 2,775 photovoltaic panels with a capacity of 1.125MWh between June and September last year (they estimate they’ll break even in ten years’ time).

Their capacity is currently sufficient to supply 70% of the farm’s total energy consumption over a year. They’re in the process of determining whether further expansion in PV cells might be needed in future, and whether they could make increased use of batteries instead of generators during times of load-shedding (planned power cuts). 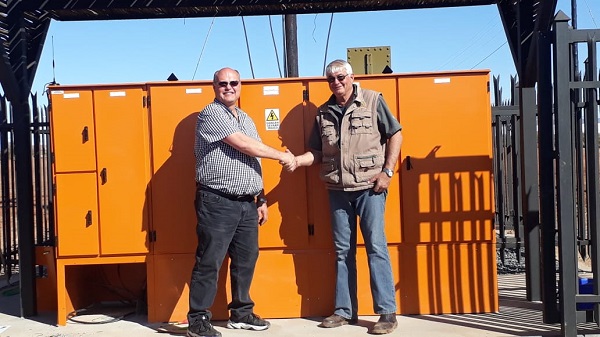 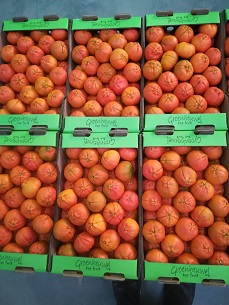 Every day between 7,000 and 8,500 KWh of solar electricity is generated, after it had taken more than 18 months for the requisite license from the national energy regulator to be approved.

“According to our data there has, since the installation last year, already been a saving of 1,500 tonnes of carbon dioxide and 1,200 tonnes of coal, which is equivalent to planting 2,000 trees,” André explains.

“Currently we’re using a hybrid system which makes use of the national grid run by Eskom complemented by our solar panels. When the solar panels aren’t sufficient, we supplement it with Eskom power. We have two generators attached to our system to ameliorate the effect of load-shedding implemented by Eskom.”

The surplus electricity that they generate is fed into the national grid, which is partly calculated as a monthly credit on their Eskom (the national electricity provider) account and partly banked for use the following month.

“The main goal of the solar power facility was for our irrigation system as well as for the farm’s cooling facilities. We’re in a very hot and dry area and irrigation is for us of the utmost importance to prevent damage to our crops. Unfortunately we’re still dependent on the national grid since the solar farm can’t work independently.” 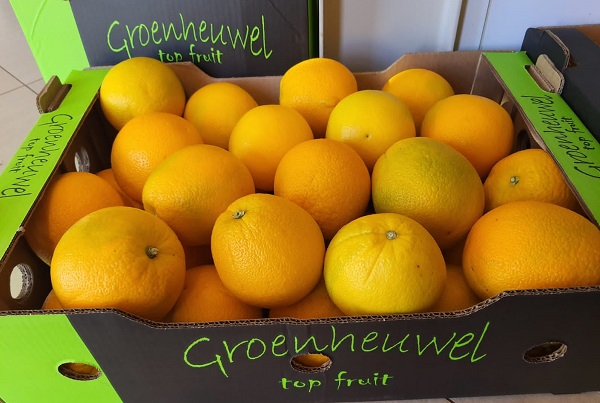 Electric farming equipment and locally-made compost
In future the plan is that all new tractor purchases are electric vehicles; they already started migrating to battery-driven pruning and packhouse equipment to further reduce their fossil fuel use.

On their pomegranates their clients prefer the fruit nestled in paper pulp packaging instead of plastic mesh. 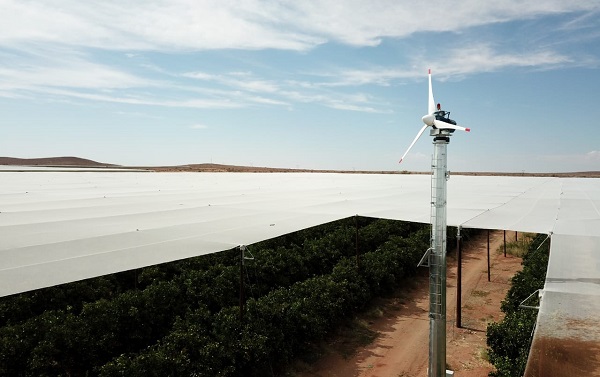 Electric fans automatically switch on at 6°C to improve wind flow in the table grape, pomegranate and citrus blocks during cold snaps

“I would say that the use of organic compost, which has a far lower carbon footprint than chemical fertilisers, means a massive saving of carbon emitted to the atmosphere. Every tree on our farm needs around 8kg compost a year, plus a further 1,200 tonnes of compost annually for the establishment of new plantings on the farm. We obtain our compost locally,” he says.

There’s never a dull moment on the farm, he remarks. “We start packing table grapes by the end of November until the middle of January, then we make raisins until mid-March which is also when the wine grape harvest starts. From the middle of March we pack pomegranates for a month, followed by citrus until the middle of August. From October we start again on the citrus, this time harvesting Valencia blossoms for the German market, for use in cosmetics and in tea.” 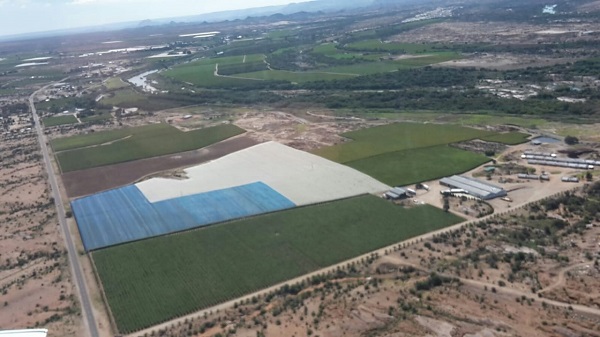 He observes: “Many farming enterprises definitely realise that going green is the call of the future.”