Despite this positive throughput trend, the Port of Hamburg was not yet able to fully overhaul last year’s downturn caused by Corona. Axel Mattern and Ingo Egloff, HHM - Port of Hamburg Marketing’s Joint CEOs, are therefore especially pleased that pre- and post-voyage railborne container transport set a new record at 2.1 million TEU. “That represents an 8.3 percent advance,” stressed Egloff. “At 709,000 TEU, the Port of Hamburg posted the highest quarterly total in its history for containers transported,” added Mattern. The Port of Hamburg accordingly further strengthened its position as Europe’s largest rail port.

Port of Hamburg seaborne cargo throughput in the first nine months of 2021
Throughput of containerized general cargo in the first three quarters of 2021 totalled 65.2 million tons, representing a gain of 1.5 percent. At 908,000 tons, conventional general cargo was up by an emphatic 5.2 percent. In the container throughput sector, exports, 2.9 percent up at 3.2 million TEU, outperformed imports, just 1.9 percent higher at 3.3 million TEU. At 5.8 million TEU, throughput of loaded containers, contributing more to the port’s added value than empty boxes, was ahead by an above-average 3.2 percent. Compared to the previous year, on empty containers there was another downturn, of 3.2 percent to 731,000 TEU. 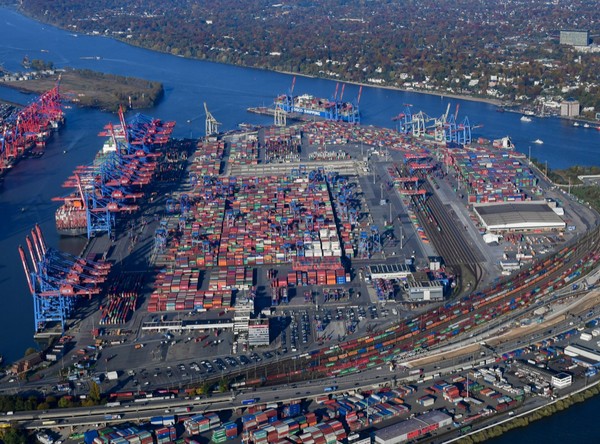 Further outlook for 2021
Worldwide transport chains will remain volatile for the rest of the year. “Delayed ship’s arrivals plus the related delivery postponements also hit the ports. The problems of supply chains meanwhile out of synch will continue to be apparent at the land/sea transport interface. Despite providing 24/7 service, for the terminals a fraught situation will persist on vessel clearance,” said Mattern. “Partly since the beginning of the year, large sections of industry have suffered bottlenecks on deliveries. Despite full order books, this can hamper production,” added Egloff.