On May 30, 2019, Malaysian frozen durian in shells was officially allowed to enter China. Green Valley Musang King became the first batch of Malaysian Musang King durian brands to enter the Chinese market. After years of market development, it has gradually grown into a well-known imported durian brand in the domestic market. 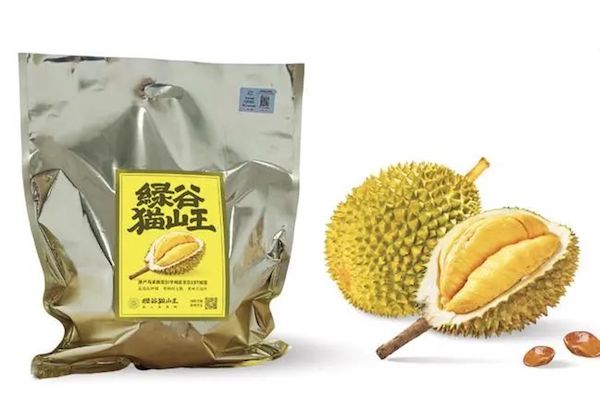 Green Valley Musang King, a brand of The Green Valley, participates in the 4th CIIE in 2021

It is reported that, taking into account the domestic demand for durian consumption that has been escalating year by year, the official flagship store of Green Valley Musang King on Tmall has now been officially launched. The main product is frozen durian in shells, but the online shop has not simultaneously put the popular Musang King durian pulp products from other countries and regions on the “shelves”. It hopes to provide domestic consumers with a better product experience through higher-quality frozen durian products with shells.

Green Valley Musang King also said that, at present, its terminal marketing network is widely deployed in first- and second-tier cities, and it has developed sales channels in Beijing, Shanghai, Hebei, Henan, Fujian, Sichuan, Taiwan, and other regions of China. Currently, there are more than 2,000 high-end fruit shops.

With the operation of the online flagship store on Tmall, it means that it will be able to cover more regions of the country, and The Green Valley believes that it can provide more Chinese consumers with a more convenient consumption and service experience, while allowing more Chinese consumers to enjoy Malaysia's premium quality Musang King durian.

Up to now, Green Valley Musang King's frozen Musang King durian has exported more than 100 containers in China, with total sales of more than 1,300 tons.