Subtropico’s banana specialists on the Tshwane market – Flip de Lange, Johan du Toit and Johan Blom of DW Fresh, now incorporated into Subtropico – sell around 70% of the bananas on that market, which renders them very vulnerable to any disruptions in power supply that affect the banana ripening process. Subtropico is present on seventeen of South Africa's fresh produce markets. 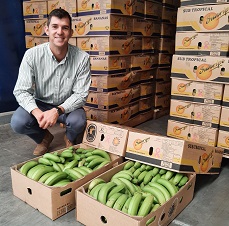 Lockdown last year, and a closure of the market for a few days, set the agency's resolve to look for a private facility close by the market where they could take control of their own ripening chambers and cold rooms.

Right: Francois Conradie with a box from the back and one from the front of a ripening chamber, colouring at the same pace

“In February this year we set up the Rolls Royce of banana ripening facilities,” says Francois. “What makes us unique is our location with regards to the Tshwane market which is 2.4km from us.”

Subtropico buyers get their bananas as usual on the Tshwane (Pretoria) market, unless they’re looking for greener bananas to be taken further afield, which can be ripened for them according to their specification at the facility.

The facilities have been built with input from postharvest experts as well as from their producers, many of whom have been growing bananas for decades and know what they need. Over 1,200 truckloads of bananas have been offloaded here over the past six months. 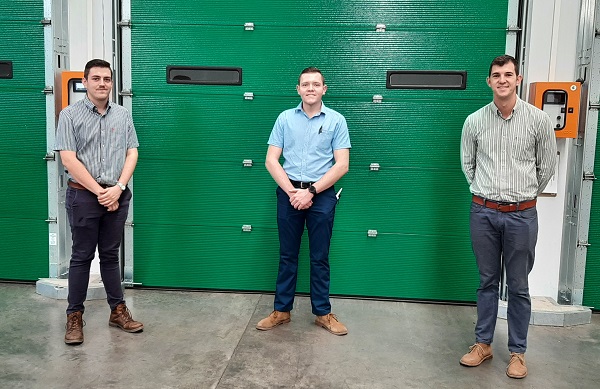 31 ripening chambers to gas over 1.3 million cartons
During the prolonged electricity problems at the Johannesburg market a few weeks ago, some banana producers were temporarily diverting bananas, originally meant for Johannesburg, towards them.

It is not their intention to pull volumes away from Johannesburg, Francois maintains: an oversupply at the Tshwane market will pull prices down. Accurate price discovery relies on the bananas sold at both markets, which trade in roughly equal amounts of bananas.

By December, when large volumes of bananas from Mozambique and South Africa (some from Zimbabwe) will come in, 31 ripening chambers will be ready (every chamber accommodating 30 pallets which each carries 1,500 18kg boxes) to apply 100 ppm ethylene at a temperature range of between 15°C and 18°C.

Moreover, eight holding rooms have been readied where bananas can be brought to the right temperature before entering the ripening chamber.

All the senses are involved in ripening bananas
Ripening is a sensory process: bananas have to be touched, smelled, scratched (the banana halves outside chambers attest to the constant monitoring).

“A banana’s place of origin has a very big impact on how it responds to the ripening process,” Francois remarks.

Bananas from certain production areas are more difficult to turn yellow, others might have been very hot when packed and they colour up very quickly. Larger bananas ripen quicker because the skin is thinner; medium bananas have a larger skin to flesh ratio and therefore take longer. 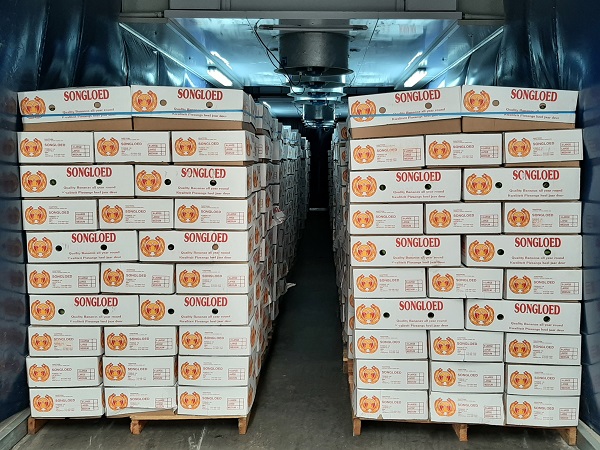 
At this facility bananas are ripened for municipal market buyers, which represent greengrocers and street traders. Extra large class 1 bananas which fall outside of retail specifications are also ripened here.

Hawker trade makes up at least half of trade at the municipal fresh produce markets countrywide. These traders often don’t have access to extensive cooling facilities and therefore they prioritise shelf life and quality in their purchases.

“We find that we get a shelf life of three to four days longer than on the bananas ripened at the national markets because we manage the ripening process in a gradual manner.”

Sundays are busy days for them: that’s when the bananas that go out to the market on Thursday (along with Tuesday the busiest days on the market), start their degreening process. 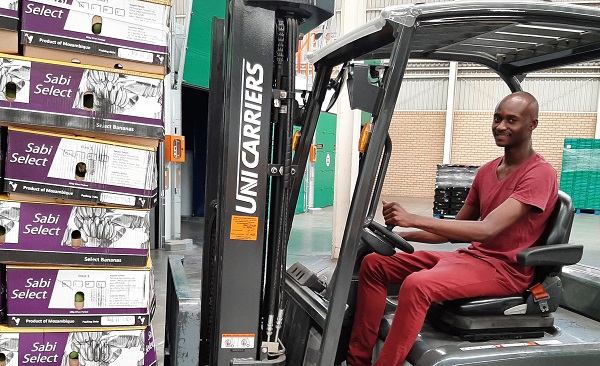 Coldroom for stonefruit and topfruit
The facility has large floor space which present opportunities for potatoes (sold through Subtropico Online). A double-volume coldroom has been built to cater for the temperatures required by apples, pears and stonefruit (generally 0°C) and large volumes of stonefruit are coming in from the Western Cape this week.

Their forklifts are electric, as diesel emissions contain gases which would accelerate the ripening process.

Banana ripening is an electricity-heavy enterprise but their proximity next to a cement factory means they are exempt from loadshedding (planned power cuts) – a huge advantage, although they have invested in a generator and solar panels are being installed.

“We believe the privatisation of fresh produce markets will happen in this way”
“Our quality needs to justify to the farmers why they’re using us,” Francois says. He tells how they noticed a leak in the roof during a violent rainstorm earlier this year - and how it was fixed within a day. “This illustrates to me the freedom that we have here to address issues and deliver a very high quality product.” 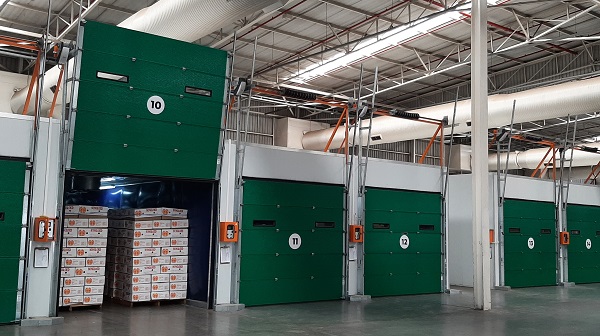 The quality of service delivery is higher at the facility they run themselves, maintains Anton Vos, managing director of Subtropico. “And why? Because we add value to the product through lengthening its shelf life.”

“We believe the privatisation of fresh produce markets will happen in this way. At this stage this DC is in the Subtropico stable, but I think the large market agencies need to take hands to roll out this kind of facility across the country.” 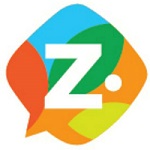