Supplies of Spain’s Rojo Brilliante persimmons are down by almost 40 percent this season.

The fruit is grown in the Ribera del Xuquer region of Valencia, Spain--the designated growing region of origin that Courchesne Larose of Montreal, QC brings fruit in from through a partnership with the Spanish government to ensure the fruit meets export standards. 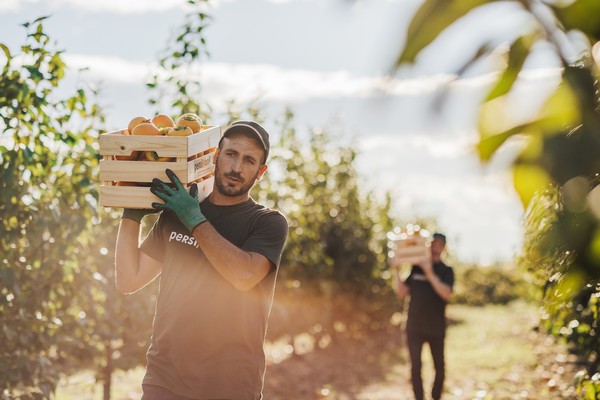 “The supply has been really difficult from the beginning because there had been a bug in the field called the Cotonet. That affected the crops and there was also some rain so it was difficult in terms of getting quantity and quality,” Amanda Borsellino of Courchesne Larose. However she says sourcing from this region only and growers using procedures to check the fruit for quality before they’re packing it mean shipments are arriving clean.

December challenges
“Right now is about mid-season and it does look like the volume is increasing which is nice,” says Amanda Borsellino, adding that peak of the season will be December around the holidays. “But there’s a speculation that around the first week of December that the volume is going to go down again.” 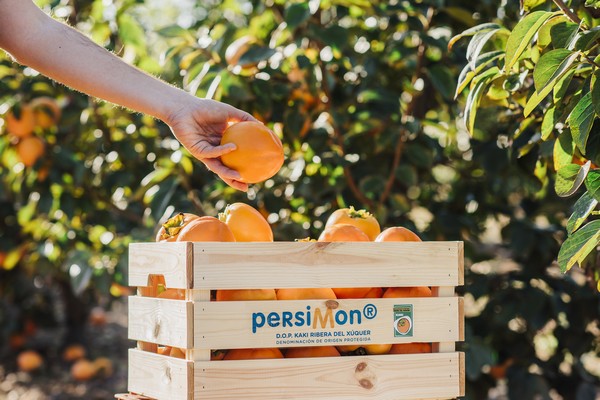 The season generally starts the last week of October or the first week in November and goes through the end of December. “But we have the chambers that allow us to remove the astringency here so we’re able to make the season go a little longer. I’m quite confident that we’re able to go until January at the minimum,” says Amanda Borsellino.

While Spain is a key growing country for the Rojo Brilliante, some other types of persimmons are also coming out of California.

Meanwhile demand is strong for the fruit. “We’re really happy people appreciate the fruit because we put a lot of work in it. Demand seems to be there. We were concerned because of the increase in price from the shipping costs,” says Nadia Borsellino, noting that while Courchesne Larose ships fruit across Canada, the largest uptake so far has been in Quebec and Ontario. To ensure that consumers continue to learn about the fruit, Courchesne Larose and the Spanish Government (ICEX) have invested in marketing and promoting this product via a dedicated Canadian website that focuses primarily around education. “How do you eat it? Buy it? Store it?” says Nadia Borsellino. “For example, sometimes there are some brown marking on the fruit but that doesn’t mean it’s not good. It’s adding to the sweetness.” Other marketing initiatives include social media marketing, in-store education efforts and more.

As for pricing, it has increased this season. “The fruit itself is about the same--they worked hard to not increase the price even though they have almost 40 percent less fruit. However the price is extremely high because of the shipping costs,” says Amanda Borsellino.

Like many growers and shippers around the world, logistics are offering up a challenge this season along with those increased costs. “There’s the lack of containers, changing the scheduling of departure dates and just getting the volume we need on time. The shortage of labor at ports there and here or truckers are another issue. Everything is just very difficult,” says Amanda Borsellino.