Whenever you take a commodity out of its region of origin, there can be challenges in the growing process. So has been the case with avocado cultivation in Southern American countries such as Chile, Peru and Argentina.

“This plant originates from Mexico and Guatemala and they aren’t used to growing in the saline conditions that are in South America,” says Enrique Rebaza, senior agronomist with AQUA4D, a Switzerland-based company working in water efficiency technology and precision irrigation. “This Chile project came about because there are people in the avocado industry who worry about getting better irrigation for their crop.”

What is this project exactly? It’s a two-year initiative between AQUA4D, avocado growers in several Chilean regions, INACAP academics, and the Hass Avocado Committee, trialling the effects of this Swiss precision technology. “We wanted to get this technology in front of growers and show them we’re able to be efficient with the water they have,” says Rebaza. 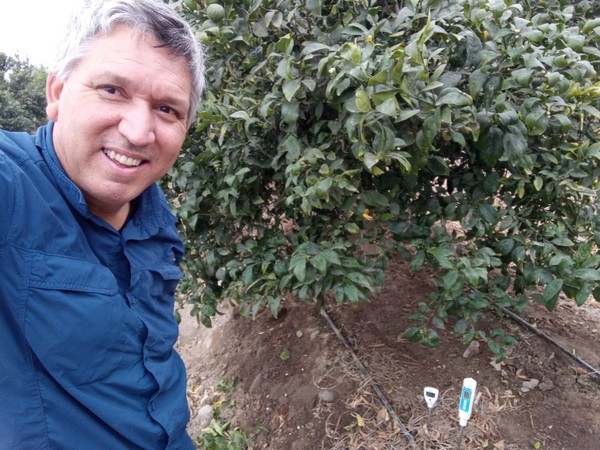 Enrique Rebaza (above) says for the last 30 years, the thinking was you needed to irrigate more with saline water because you needed to leach out the excessive salts.

Dealing sustainably with salinity issues
But it was more than just about water efficiency - it was about managing the saline conditions found in Chile at the same time. “For the last 30 years, the thinking was you needed to irrigate more with saline water because you needed to leach out the excessive salts. So, if you used water with high salt content, you would add more water than a grower would who had good quality water and soil,” says Rebaza.

On the contrary, AQUA4D’s targeted irrigation technology makes the most of the saline water available. “It allows growers to wash the salt out of the avocado roots and be water efficient,” says Rebaza. The process keeps salts away from the root zone, prevents salts from crystallizing, while keeping the soil moist at the depths needed for avocados to grow.

The Chilean project followed a 2017 initiative with a large avocado producer in Chincha, Peru. They too adopted the technology and monitored the effects of the precision irrigation for the following year and found interesting results: the salts, which had been gathering in the root zone of the trees, had instead been pushed down further into the soil. Fruit quality and size also improved, as the trees were able to flourish to their full potential.

These cases focus on common issues in avocado cultivation. The trees thrive in well-drained soil but don’t do well when there’s too much water around the roots. They’re also sensitive to salts yet are often grown in arid areas that are especially prone to salinization issues. 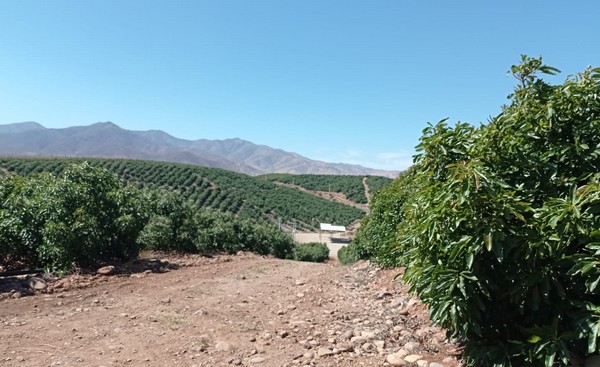 Avocado trees thrive in well-drained soil but don’t do well when there’s too much water around the roots.

Improved water efficiency and plant health
The initiative has yielded positive results. “Throughout the growth process of the avocados, they were able to reduce their water schedule by 25 percent,” says Rebaza. “The growers used less water and had better distribution within the soil, keeping moisture in the areas where it was needed.”

The trees also exhibited less stress, as measured via remote sensors. “Scientists from INACAP checked the quality of the fruit through random sampling and found better nutrition in the trees. Average fruit sizes were larger in the AQUA4D-treated trees, as the trees took in better water and nutrition,” says Rebaza.

So, what’s next? The next phase of the initiative continues and has moved to different regions in Chile, including Coquimbo and Valparaiso, where large growers in varying soil conditions are trialling AQUA4D® technology with encouraging preliminary results. “We’re working with blueberries in Peru and citrus such as tangerines and lemons in Chile, roses and more,” says Rebaza. “This technology isn’t tied to any particular crop - it’s applicable for any grower who has limited water in quantity and quality.”