“Israeli citrus export volumes are expected to increase this year”

For the past month, an Israeli exporter has been hard at work with the start of their citrus season. Until April of 2022, they’ll be focusing on various citrus to export to Western Europe mostly, but also to countries in the Far East. Due to difficulties with weather in Texas, the hopes are demand will be higher, as well as the total export volumes. 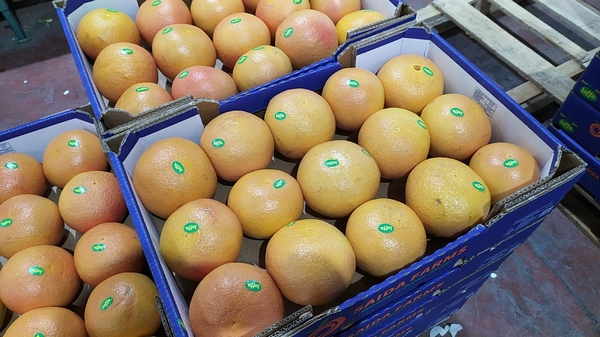 The Israeli citrus season is already in full swing, says Betsalel Ohana, export manager for Planet Israel. The south of Israel did see a later start to the season due to weather conditions: “The export season of Citrus in Israel has already started, it started in October and should last until April. Our main exported products are: Sweetie Green grapefruit, which runs from October to December, Sunrise (Star Ruby) Red grapefruits, which run from December until April and Orri mandarins, which run from January to April. This year, as usual, the citrus season started in the north of the country due to colder weather. In the south of Israel, the season started a little later, due to hotter weather. The fruits need doses of coldness in order to get the expected minimum sugar level and the acid sugar ratio levels. We, from the Planet Israel and the Saida Farms brand from the south, started to ship Sweetie grapefruits in week 44, the first week of November.” 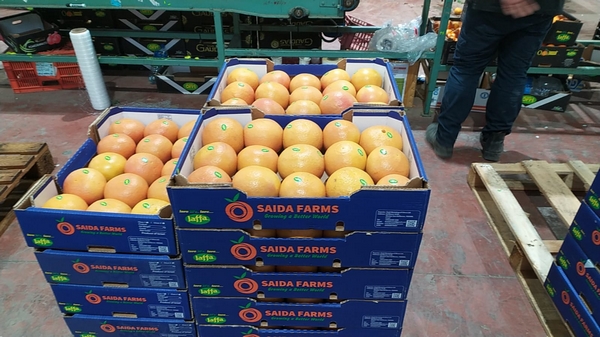 Ohana expects export volumes to increase this year, also due to problems in the grapefruit orchards in Texas. “The volume of grapefruits in the last season was about 65,000 tons in terms of production. About 40,000 tons for export, 20,000 ton goes to squeezing for the industry and about 5,000 tons was destined for the local market. Due to good demand and solid prices in both the last season as well as the current season, the export volumes are expected to increase this year. One of the factors affecting good demand, is the Covid-19 situation. People like consuming products with Vitamin C, which contributes to the strengthening of the immune system. Another reason is the severe cold that hit the red grapefruit orchards in Texas in January 2021. Originally in the US it is reported that due to the severe cold, these orchards did not bloom in spring 2021 and their yield will be lacking in the markets.” 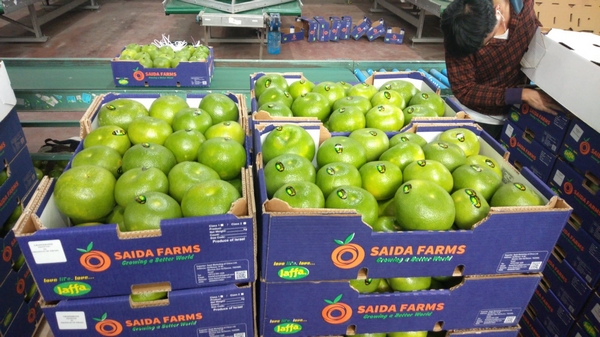 “Israeli citrus is exported to many countries, mainly to Europe, but also to the Far Eastern countries such as: China, HK, Singapore, Japan and to North America: US and Canada,” Ohana continues.“Planet Israel and the Saida Farm brand's main market this year is Western Europe. We ship almost all our fruits to the Netherlands and from The Netherlands they are distributed to other western European countries, such as: France, Belgium, Denmark, Germany, Italy and the Scandinavian countries.”

A major challenge for Israeli exporters is the strong currency, which means the traders get less profit for their work: “The Israeli currency is an issue at the moment. The NIS, or New Israeli Shekel, is very strong compared to the US$ and to the Euro. This is due to the strong economy in Israel and specifically, a huge growth in the high-tech sector, that is raising billions of US$, which is flooding the country with lots of cash. That makes for a challenge and a problem to the Israeli exporters, that now get less local currency (NIS) for every US$ or Euro the earn,” Ohana explains. “Last season, the US$ was around 3.50 NIS to 1 US$, compared to 3.10 NIS to 1US$ these days. The same goes for the Euro. Last season the Euro was around 3.95 NIS to 1 Euro, compared to about 3.60 NIS to 1 Euro at this time.” 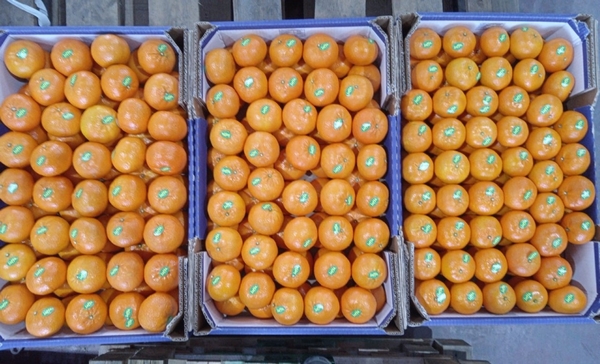 “When it comes to competition, I’d say Spain, Morocco and Turkey are our main and strong competitors. In Sweetie we have good demand with less influence from those countries, but for Sunrise, the competition from these countries is quite strong with very low prices. For the Orri mandarin, we believe that we will have good demand and prices despite the competition, which is thanks to the good quality of Israeli Orri mandarins. The Switch is already on and we are optimistic about the coming season in general. We expect to face some challenges, but also a great season ahead of us.” Ohana concludes.