"If the pest is not effectively controlled when it is at an incipient stage, the progression becomes exponential"

The Tuta absoluta is considered one of the most devastating pests for tomato crops, and it has spread rapidly both in Mediterranean countries and the rest of continental Europe since it was first detected in Spain in 2006, specifically in the province of Castellon. Its impact on the plantation and its commercial production, boosted by the high reproductive capacity of this originally South American moth, makes early detection of its presence and the application of control measures crucial to avoid the heavy losses usually caused by the pest.

Besides cultural control, biological control or the use of chemical treatments, there is also an ecological, sustainable and reliable technology based on light attraction and capture: Biocaptur.

"Our solution is the result of years of research with LED technology, which has allowed us to find a combination of light frequencies that is super attractive to the Tuta. The device we have designed is as effective and reliable as it is simple: it consists of a source of our LED light formula towards which the Tuta approaches in its adult moth stage, and when it is within a radius of one meter, the suction turbine sucks it in, preventing it from leaving the capture bag," says engineer Antonio Tortosa, of Biocaptur.

"Biocaptur acts on one of the moth's most critical life cycles: the adult phase, in which the insect reproduces: females can lay up to 260 eggs and do so between 4 and 5 times," he says. "If the pest is not effectively controlled when it is at an incipient stage, the progression becomes exponential." 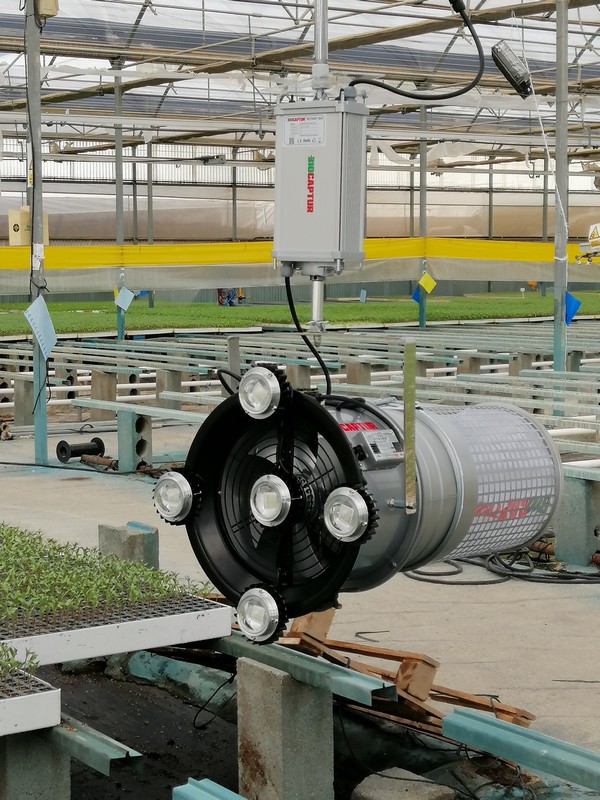 The temperature and humidity conditions inside the greenhouses, necessary for the proper development of the tomatoes, are an ideal environment for this highly adaptable insect, which makes it very difficult to eradicate it, according to the professional. In fact, the Alert and Phytosanitary Information Network of the Government of Andalusia, RAIF, has already warned of the growing presence of Tuta absoluta in the tomato greenhouses of Almería, coinciding with the strong start of its campaign; although tomatoes are not the only crop affected by this problem.

"Tomatoes are frequently attacked by this pest, but all vegetables of the Solanaceae family, including potatoes, peppers or eggplants, contain a substance called solanine that attracts the Tuta. Not only our research, but also the experience of producers has shown us that there are tomato varieties that are much more attractive than others to this insect. The information provided by producers is, in fact, very useful, allowing us to know more about this pest and to improve its control. For example, thanks to them we know the relationship between Tuta activity and the moon cycle." 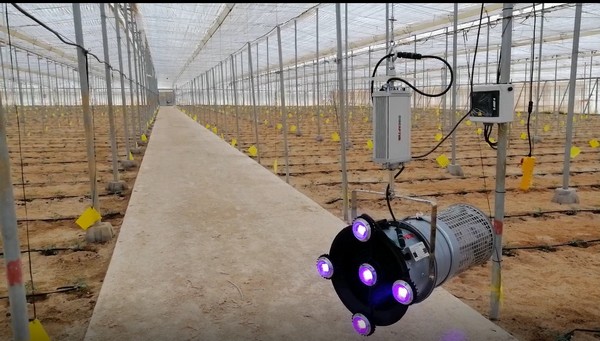 "We have customers in Spain and we also export our devices to countries such as Italy, Chile and the Netherlands, where we are achieving great success thanks to the effectiveness of Biocaptur in both predictive and corrective mode in large greenhouses. In fact, we have customers who, since using our technology, have managed to eliminate the presence of Tuta from their greenhouses throughout the entire planting period."

Effective and sustainable solution
Biocaptur's technology makes it an effective solution that is not only compatible with organic farming, but is also highly sustainable. "Its energy consumption is very low, so it can be operated with clean energy systems such as solar panels or wind fans. Moreover, the equipment is very robust, has a very long service life and requires minimal maintenance, and is made from 100% recyclable materials."

"The response of our customers to Biocaptur has been spectacular. The effectiveness can be appreciated within hours, and it makes an obvious difference in the crop. We invite producers to try it without obligation, because we are confident in the result," says Antonio Tortosa.