The biological control of the 'cotonet' pest in citrus, the main topic of the next edition of the VIO Congress

The main topic of the next edition of the VIO Congress will be the biological control of the cotonet plague in citrus. The VIO Congress is an international event that will be held in Valencia on November 17 and 18. In it, top-level speakers will disseminate cutting-edge knowledge on bioprotection in general and on the biological control of beneficial pests and insects, in a broader and more specific way.

Koppert will present the success of its biological control protocol in citrus, which has proven to be very effective against the most common pests in crops such as orange, lemon, mandarin, and grapefruit. The presentation will be given by Juan Miguel Rodriguez, the man responsible for citrus fruits at Koppert Spain, and it will focus on the biological solutions available against the cochineal plague (cotonet). He will also provide insight on the protocol developed by Koppert for the biological control of the South African cotonet via scheduled releases of the Cryptolaemus montrouzieri predatory beetle, which Koppert markets under the Cryptobug brand. 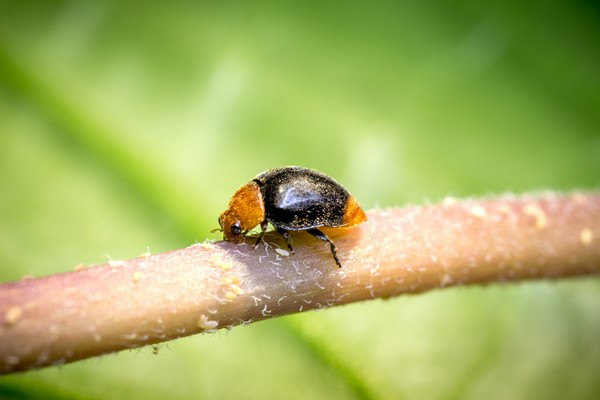 Kopper's presentation on the biological control of citrus fruits will take place on Thursday, November 18 at 12:10 pm. The company will offer a preview of the tests carried out with Anagyrus aberiae, a parasitic wasp that will play an important role in the biological fight against the South African cotonet. Koppert has already been authorized by the Ministry of Agriculture to produce and commercialize this new natural enemy on a large scale.

He will present different innovations that Koppert has carried out in this regard in recent years, which have further strengthened biological control programs in protected horticultural crops. These solutions, which allow producers to effectively control the main pests, are also effective to fight secondary pests.

The VIO Congress is organized by the Official College of Agricultural Engineers of Valencia and Castellon (COITAVC) and the Valencian Institute of Agrarian Research (IVIA). The lectures can be attended online or in person, after registering on the website www.congresovio.es.