Veracruz, Mexico is experiencing lower fruit count in Persian lime orchards, quality issues and increased demand from Europe all of which is resulting in higher pricing.

While it’s natural that low fruit count in orchards will result in increased pricing, the demand from Europe is adding fuel to the fire for the U.S. and Canadian markets in terms of pricing. Because of the quality issues, much time is spent sifting through the fruit in packing houses to extract the best quality fruit--much of which is going to Europe as demand is high and they require the best quality fruit. That European demand has caused much competition for the U.S. and Canadian markets on pricing. Price increases have not been astronomical. But there has been a steady increase in pricing over the past several weeks. 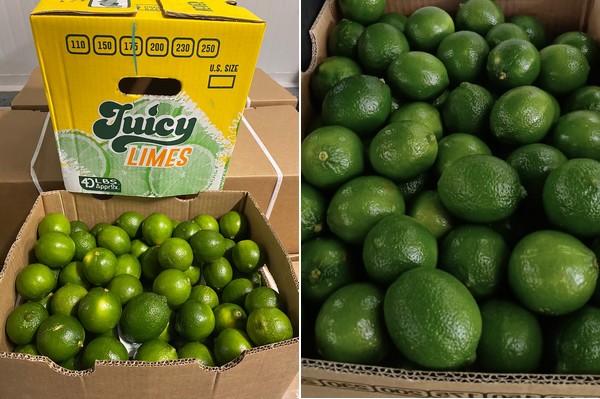 Persian limes have seen a steady increase in pricing over the past several weeks.

Other regions, such as Jalisco where the peak Persian lime season just recently started up again in full swing, are competing against the Veracruz market as it’s able to offer somewhat lower pricing.

However, due to the low fruit count out of Veracruz, pricing out of Jalisco and likely other growing regions, have also begun seeing increases. For a bit, Continuous Harvest’s fruit out of Jalisco was notably more competitive than that out of Veracruz. However, the last week or two hasn’t seen Jalisco fruit being much more competitive than that of our fruit grown in Veracruz as the gap has nearly closed with this week’s market pricing. Continuous Harvest’s limes are grown primarily in Veracruz and Jalisco, so it hasn’t been able to catch a break in terms of maintaining competitive market pricing due to the cause-and-effect relationship that’s been occurring.

The market pricing out of McAllen, TX has steadily increased for the past several weeks. Continuous Harvest has been trying to keep pricing as low as possible to meet the demand of U.S. and Canadian customers, but it’s been tough to do this season. However, the European market is set to decrease demand relatively soon so it's expected market prices will stabilize once more. However, supply will still be slightly lower out of Veracruz until the new crop is ready for harvest so other regions will likely still be able to offer more competitive pricing. But no doubt that once the European market decreases demand, pricing will see a decrease compared to what we’re seeing now for fruit out of Veracruz.