Juan Pedro Beltrán, CEO of V.ROS, about the current situation of the Spanish citrus sector:

"European referees are giving goals away to the opponent, when we are the ones paying for the stadium and electricity"

The growing competition from third countries, the passivity of the European sanitary authorities, the reduction in the number of commercial partners, the increase in costs, and the lack of resources to combat pests are some of the main concerns of the Spanish citrus sector, which were analyzed by the CEO of V.ROS in a visit from FreshPlaza to its facilities in the municipality of Les Alqueries, in the Spanish province of Castellon. 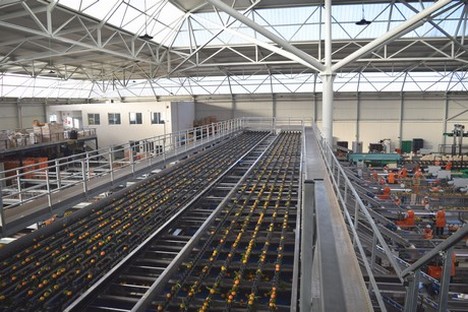 Spain's 2021-2022 citrus season has started with a historic overlap with the end of the southern hemisphere season, which has caused the demand to fall and export volumes to drop significantly compared to other years.

"The supply of fruit from third countries is growing every year, both from South Africa in the southern hemisphere and from Egypt and Turkey in the northern hemisphere. These are countries with different rules when it comes to wages and workers' rights, and they also don't adhere to the plant health and residue standards that are required of us," says Juan Pedro Beltrán, CEO of V. ROS. The passivity of the control bodies in Brussels makes us think that in this game that all European citrus growers are playing, the European referees are giving goals away to the opponent, when we are the ones paying for the stadium and electricity," he says.

"When buyers think of clementines with leaf, they should still think of V.ROS".
The Castellon-based company markets some 20,000 tons of fruit annually. Of this, around 70% is fruit with leaf, its main specialization. Approximately 20% of the volumes it works with are oranges, while the remaining 10% corresponds to other citrus fruits. 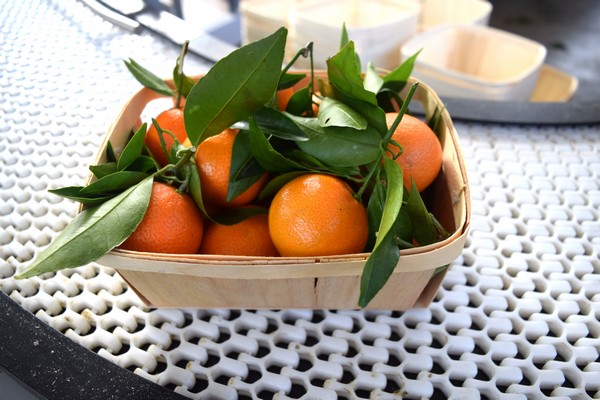 "Fortunately, the import of citrus fruits with leaf from third countries is not allowed in Europe, which gives us a certain advantage. Although it is true that in the last ten years the number of operators working with leafy fruit has multiplied, we rely on the vast experience we already have, which gives us an advantage. When buyers think of leafy clementines, we want them to think of V.ROS."

"Methyl chlorpyrifos has no impact on health if used on the indicated dates and in a controlled manner."
The forecast for this year's production is a reduction in the clementine volumes compared to last year, especially in the case of the Clemenules, while the orange production is up slightly. The fall in this variety's production is due not only to storms and hail, but also to the impact of the South African cotonet pest, which has severely hit the central and southern area of the province of Castellon, where most of Spain's Clemenules production is carried out. Kakis and avocados are also affected by this. Even though the pest arrived in the area more than 10 years ago, it was kept under control thanks to the use of chlorpyrifos and methyl chlorpyrifos, a pesticide that was banned in February 2020.

"Until last year we were able to keep this pest under control, but now it is impossible to stop it. Methyl chlorpyrifos could be harmful to people's health, but only if used on the wrong dates," says Juan Pedro Beltrán. "It has always been used and nothing happened. I think we should aim to regulate its use, instead of banning it, since we've been left without resources to face a problem caused by the laxity of the European health authorities in preventing the entry of foreign pests. Otherwise, the problem will become exponentially worse in the coming years".

"Consumption could be regulated by the increase in costs and the final price of the product."
Compared to last year, the Clemenules production is down by over 25%, although "it should be taken into account that we had a great harvest last season," says Juan Pedro Beltrán. "Clementine sales are starting to pick up, as are prices, although it is also worth recalling that production costs have risen sharply, including those of energy and fuel, as well as of packaging materials, such as wood, cardboard and labor. Not to mention the cost of sea freight, which has almost quadrupled compared to last year, causing export volumes to fall. This increase in costs will have to be reflected in the final price of the product and this could also hurt consumption, or rather regulate it." 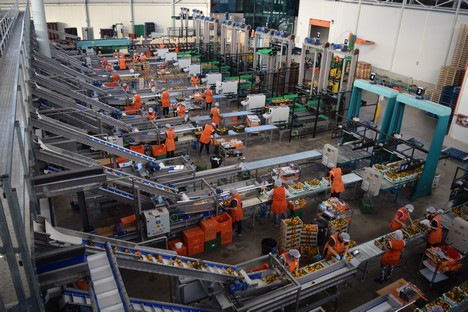 "Fortunately, so far we have been able to maintain our sales at the level of the previous season, in which we grew by 12%," says Juan Pedro Beltrán, CEO of V.ROS, "Due to the lower production this year, we do not expect a season of great growth in terms of sales, although we are still going to work as hard as possible to make it happen. Achieving similar results to last year's would already have to be considered a success."

"The concentration of increasingly larger buyers is making Spain lose competitiveness as an origin."
The CEO of this company says that the application of the AICA law, which applies only to private companies, is causing them to lose competitiveness. "Although the goal pursued with this law is noble, it has a financial side effect that weakens medium-sized exporting companies against the financial superpowers of international groups," he says.

The progressive decline in the number of trading partners is shaping the negotiation parameters. "In recent years, more and more large retail chains have been buying each other, and those that remain are becoming larger and stronger, allowing them to have greater buying power and exert more pressure on prices. As a result, we see that Spain's commercial window as a citrus supplier is narrowing. For example, some chains continue with South Africa for as long as possible, switching to the Spanish production for 2 or 3 months and then moving on to Egypt and Turkey and then back to South Africa. 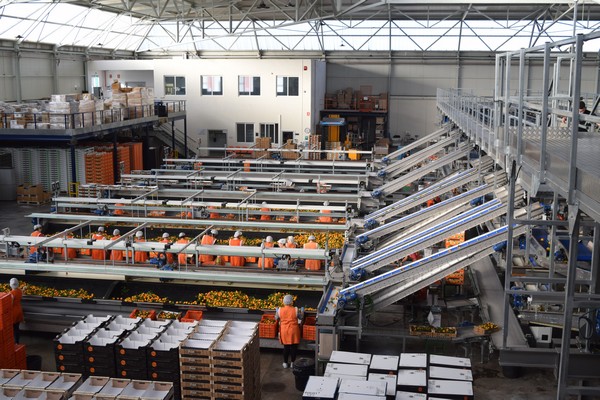 "In spite of all these difficulties, I remain optimistic, because I think that the exporting companies in our sector have advantages in terms of flexibility, service, dedication and professionalism, as well as a stronger will than most competitors from third countries. In the last two years, large investment funds have shown a growing commitment to the Spanish citrus sector, which could help change things in the long term. Everything points to the fact that only the most specialized and professionalized companies will survive; those that keep an excellent control of all parameters."