After a season that ended in the best possible way on the prices and consumption front, the cultivation cycle of the PGI Ispica New Carrot is back on track. In order to take stock of the situation, we interviewed the president of the Consortium, Massimo Pavan, focusing in particular on the floods which affected eastern Sicily. Many may recall the damage and the need to reseed in 2019, after the bad weather in October of that year. 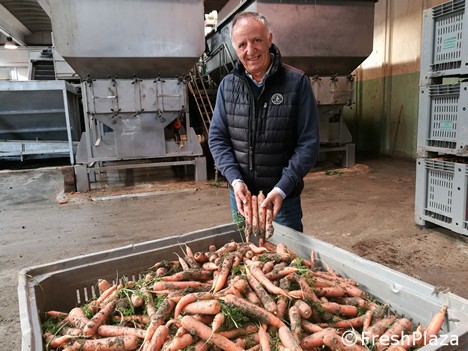 "This time the hurricane (Medicane) that struck Eastern Sicily did not affect us, if not very marginally. Our colleagues in the Siracusa area - which is not part of the PGI territory - have been heavily affected and will have to reseed when possible, because the drainage of the land is ongoing, and it is difficult to make any forecast. What we can say is that, fortunately, the PGI product has survived, this time". 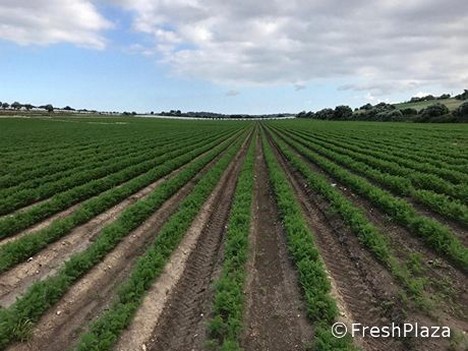 "The sowings have taken place regularly and the areas are the same of last year - continued the expert - the production is progressing smoothly, and we expect a good harvest. In our case, rains were necessary to compensate for the drought of last summer."

The Consortium's program                                                            "We started experimenting with some member companies for the production of PGI Ispica New Carrot at zero residue - said the president of the consortium - This is a pilot year just to determine a production specification that leads to the achievement of the goal. However, we are confident of the results, given the participation of many member companies. In addition, at the same time, we have also begun to work with Sata on precision agriculture, providing member companies the chance to prepare for 4.0 agriculture, with the use of new tools, including a platform that will monitor production trends via satellite. This tool, which will be managed and coordinated by Sata, will serve first of all to support the decisions of our technicians, to facilitate agronomic choices, and perhaps avoid unnecessary treatments or out of time interventions. Another purpose is the monitoring of the correct irrigation of each field, with water savings that will benefit the company economically and, above all, in view of an overall environmental sustainability." 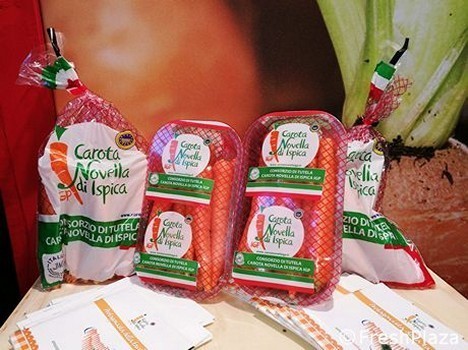 During the interview we also talked about the Italian and foreign carrot markets.

"The market is quite fluctuating because it is affected by a small lack of product from Fucino, which, however, has been compensated by the arrival of the carrot from Chioggia and from Fiumicino. In short, we can say that the Italian carrot is well positioned on the market. In other countries, things are going reasonably well, even if there have been some problems of excessive humidity in some German areas, with a subsequent invasion of mice that are attacking the heads of the carrots, causing a good percentage of damage. This problem is common to the traditional production countries of central Europe: Germany, Belgium and Holland. Much of the market trend will also depend on the cold storage conditions, which is not standard but changes according to the temperature and humidity," replied the president of the consortium.

What is the trend in the Italian carrot market? "The Italian product currently has quotations between €0,20 and €0,25 cents per kg. The level of consumption was good until September/October this year, while traditionally November is a bit slow. Consumption will almost certainly resume in December. The PGI Ispica New Carrot is harvested from 1 February to 15 June, as per specifications. We expect 2022 to bring our fine product on Italian and foreign markets,” said Pavan.

"The reason for choosing the PGI Ispica New Carrot is because it is a freshly harvested product, which preserves those organoleptic qualities. In addition, let's not forget the chemical characteristics such as the richness of carotene and glucose. The particular combination of pedoclimatic and productive factors of the territory delimited by the production regulations make it unique. The high winter temperatures and the hours of sunlight are the factors that favor a more intense coloration, a more regular conformation and an optimization of the contents in sugars, vitamins and mineral salts. The PGI Ispica New Carrot reaches the markets only after having completed the maturation cycle in open field. It is never stored in cold rooms."