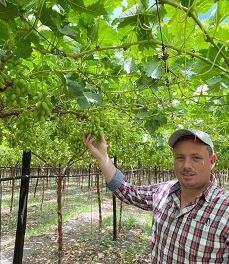 “In Namibia small amounts of ARRA 33 - ARRA Honey Pop™ have been planted and will be harvested this week. Thereafter, the next ARRA™ varieties to start will be the ARRA 29 – ARRA Passion Fire™ and ARRA 30 – ARRA Sugar Drop™ in Limpopo and in Namibia it will be ARRA 13 – ARRA Passion Star™.”

Namibian Grape Growers Association annual information day
Last week the Namibian Grape Growers Association (NGGA) hosted the annual Namibian info day where the guest speaker was Ms Stacey Pinto, CEO of the Namibian Trade Forum. She delivered a very interesting speech about her mandate to promote market access for Namibian grapes in the rest of the world, AJ notes. TopFruit used this opportunity to present and showcase their varieties and visit some of their producers.

“All round it was a well-planned day with a good turnout of producers and various role players. TopFruit wishes to thank the NGGA for the invitation and wish them well for the coming season,” AJ says.

Varieties such as ARRA 15 - ARRA Sweeties™ and ARRA 29 - ARRA Passion Fire™, now planted in large volumes, performed admirably during the rollercoaster ride in the 2020/21 season, he remarks. 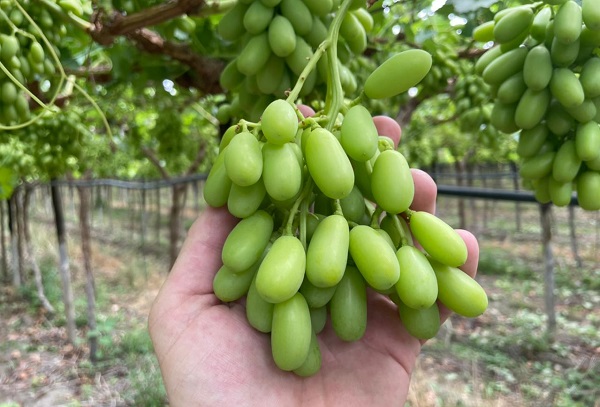 The reduction in labour, the ability to withstand rain and good storage ability are attributes that have become almost synonymous with ARRA™ varieties, he adds. 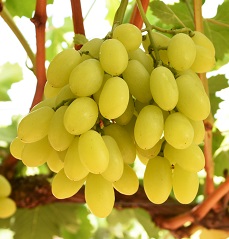 “ARRA 33 – ARRA Honey Pop™ (right) is another very good example of a variety with very low production cost as it hardly needs any labour intervention.

We are very excited about this variety and optimistic that it will dominate the early white seedless market in the coming years. The word is out, producers are also interested, and orders are streaming in for ARRA 33 – ARRA Honey Pop™.”

He notes that the ARRA™ range has shown that obtaining the highest price per carton should not always be the main goal. “Looking at net profit over a five-to-ten-year period, TopFruit has gathered sufficient data that clearly indicate which varieties are best suited to which areas. The ARRA™ range has many attributes that allow producers to manage risk effectively and ensure that even in difficult seasons it will perform well.”

“Climatic challenges, container shortages and the Covid effect on buyers had a very negative impact on our industry. Some producers had a very bad season due to the effect of seasonal rains but some producers were very fortunate to reap the rewards of early varieties that were packed before the rain had an effect.” 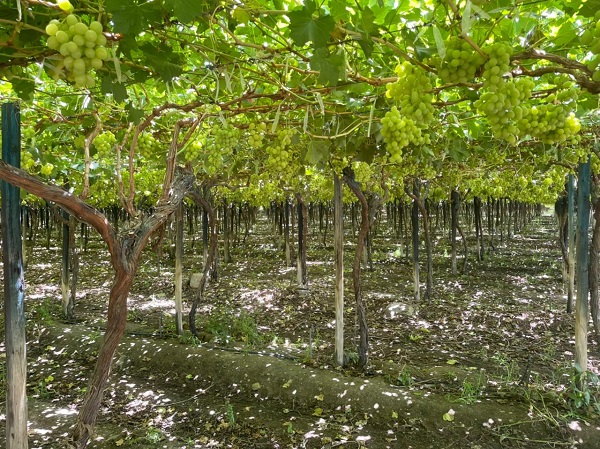 “We are proud to report that in all provinces and growing areas, the TopFruit varieties are looking extremely good. Fertility is looking good on all varieties and we are looking forward to the harvest.”