Recently, Tmall International received another batch of the so-called "King of Durian", the Musang King, directly supplied from the country of origin in Malaysia, delivered to China through the cold chain to set up for 11.11 Shopping day on Tmall. It is reported that the Musang King sold on Tmall International is guaranteed with four-segment flesh and is delivered to the home via the cold chain. After the inspection of delivery, if there is a lack of flesh, customers will be compensated.

In order to let domestic consumers eat their first “bite” of durian this winter, before the Double 11 Day, Tmall International has reached a cooperation with the Malaysian durian industry chain and plans to contract 5,000 Malaysian Musang King durian trees a year. During Double 11, over 100 tons of durians have arrived. 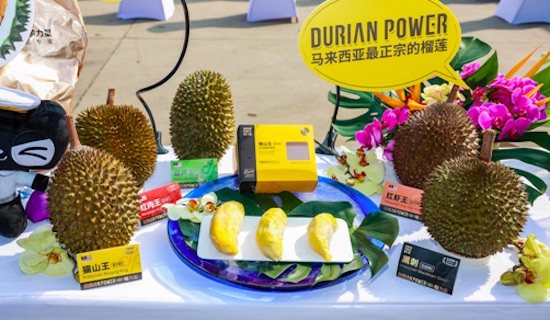 Durian, known as the "King of Fruits", has become more and more popular among consumers in recent years. Starting in June 2019, the whole frozen “Musang King” durian fruit with its shells from Malaysia, entered the Chinese market for the first time. Statistics show that more than 80% of Malaysian frozen durians are currently sold to the Chinese market, and that will continue to increase in the future.

It is understood that, not only the Musang King durian but also other special varieties that have won the Malaysian durian championship many times, can also be bought on Tmall International on Double 11 this year. From dairy products from Australia and New Zealand, American nuts and European imported sparkling water, to abundant imported fresh aquatic products, the e-commerce platform has accelerated the introduction of national products of global origin to continuously meet the prosperous food consumption needs of the Chinese people.