The Chilean stone fruit seeing is looking at opportunities and challenges for 2021-2022.

CHERRIES: The U.S. will likely see greater volumes of cherries this season. Chile is forecasting 90 million boxes of the popular stone fruit and typically China has been the most significant destination for the fruit.

But Chilean growers are looking to diversify their markets which is opening opportunities in the U.S. “Along with the volume they are forecasting, the challenges in logistics are part of the reason for this diversification along with new sanitary regulations in China that will restrict the entrance into their market to a percentage of the crop,” says Marcial Hernandez, director of South American imports at Pacific Trellis Fruit based in Los Angeles, CA. “There are a very large number of growers ready to diversify markets even if they have to sacrifice the prices a bit.” 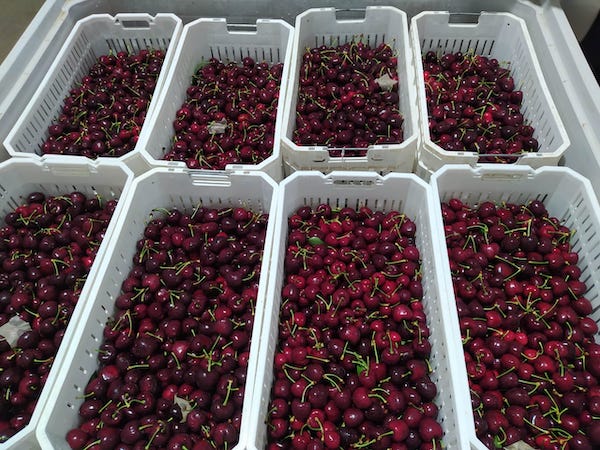 At Pacific Trellis, last year it took 10 percent of its volume to export to the U.S.--a number that will grow this year. “Growers are putting in more volume to fulfill the programs and retailers in the U.S. are opening up more to the idea of carrying cherries. They’re making the fruit more available and the fruit sees good rotation.”

However, while China takes cherries in bulk, the U.S. prefers fruit in clamshells or bags. “Chile doesn’t have the capacity to bag all the fruit that we may want to bring to the U.S. so that is probably going to be the main issue for the volume increase in the U.S.,” says Hernandez.

To support its growth in the category, Pacific Trellis will carry cherries under its Dulcinea Farms brand. “ January 2022 will be the first time Dulcinea-branded cherries will be offered to buyers,” says Hernandez, adding that the cherries will be packed in standard 11 lb. cartons, 1lb. clamshells and 2 lb. clamshells for specialized programs.

“Retailers can display these on their shelves to capture the attention not only of cherry lovers across the board, but fans of the popular Dulcinea brand. In combining the cherished category with the name, it seems to be a recipe for a surefire win.” 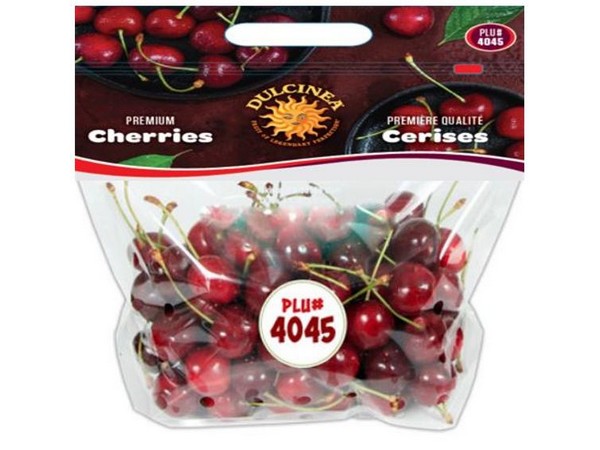 Cherry pricing is anticipated to start out strong and stay steady until around U.S. Thanksgiving.

PLUMS: At the end of the season earlier this year, the USDA found the European Grapevine Moth and put new restrictions on importing plums. These included fumigation of the fruit in Chile or irradiation on the fruit in the U.S. However this season Chilean growers are waiting for the USDA to approve exporting plums under farm trap monitoring (System Approach) with additional inspections at the point of origin.

However the approval is not official yet. Irradiation treatment is an option to come into the U.S.--but with only one facility in the U.S. able to do this treatment, it isn’t equipped to handle the plum volume. “The biggest question is: are consumers willing to buy irradiated plums? Many of the buyers from retailers aren’t interested in carrying irradiated plums so we don’t see success in this model,” says Hernandez.

He says growers-shippers will be able to export plums again by mid-January and it will only be those that can really comply with the System Approach. “Not everyone will be able to do that. It will be a very interesting season for plums,” says Hernandez. Chilean growers are exploring other markets where the fruit could go in the meantime including Latin America, Europe and Asia. “They will find places but this will have a big impact right now. We’re working with very little information because nothing’s been formalized yet,” he says.

PEACHES AND NECTARINES: These two crops look similar to last year. Over the next two weeks harvest begins on nectarines which means fruit should arrive in the U.S. in early December. Peaches should arrive shortly after, by the second week of December.

Hernandez notes that consumption trends on peaches seem to be changing. “Interestingly in the U.S. there’s a huge culture around an attachment to peaches,” he says. “However with many new varieties, they are losing many of the characteristics that people are looking for. Maybe they’re focusing more on shelf life.”

Hernandez also adds that nectarines move well, though the market is sensitive when it comes to volume. “February is the most challenging period for both fruits because it’s when volume peaks in Chile,” he says.

Both fruits should also see strong market pricing at the start due to more limited availability. “Prices may stay stable until January and then start decreasing in the second half of the month and into February. That’s when you see a drop,” Hernandez says.