AID machines have been selling worldwide for decades

Climate change is causing unexpected and particularly violent weather events which is why farmers need to protect their crops. If they are affected by even a single frost, their investments and harvests can be wiped out. 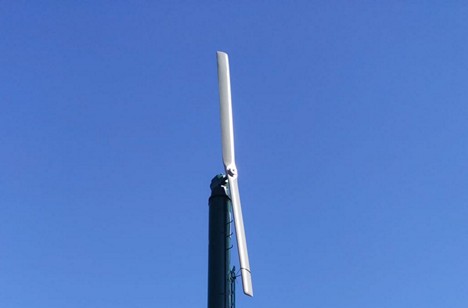 AID, a company that has been a world leader in the design and construction of antifreeze machines for several decades, has innovated its range with new latest-generation fans, equipped with 175 and 238 HP IVECO engines and propellers with a new design of 5.90 and 6.10 meters, which ensure effective antifreeze protection from 5 to 7 hectares.

Thanks to its agro-industrial research and development division, AID

has designed and built the new propellers with intensive open-field experimentation and advanced aeronautical algorithms and mathematical models, dedicated to antifreeze propellers that have to generate, with low turbulence, large volumes of air at the greatest distance from the blade, also depending on the engine power. The company founded by Salvatore Torrisi in the early 1970s has also developed models of fans to be powered by tractors and retractable fans. These particular versions make it possible to overcome the constraints imposed by environmental and landscape regulations. These regulations sometimes do not allow permanent steel blades. For these cases, AID has devised fans that are placed on the ground, which can be retracted, with an easy-to-operate hydraulic system, when not in use. 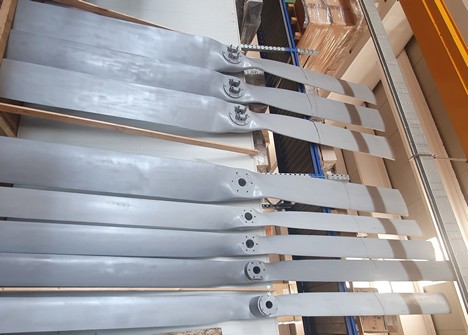 The Sicilian company stands out for its reliability and after-sales care towards its customers, including those of machines sold several decades ago. As a matter of fact, it ensures the supply of all spare parts for both 8361 engines and gearboxes and propellers, which can be serviced in its production plant of over 6000 square meters located in Catania. 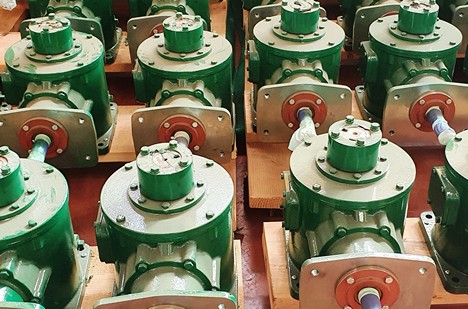 AID is in partnership with Amarillo, one of the world's leading companies for some particular gearboxes for the transmission of large amounts of energy. AID fans are well established in France, Spain, Poland, Turkey, Greece and California (USA), with several thousand fans installed in the past years.