An eight-week trial was done some time ago at one of Cobrey Farms' biggest cold stores. That was in Ross-on-Wye, Herefordshire, the United Kingdom. It was done to determine whether Dry Misting could even out the short 14-week asparagus season's volatile supply and demand. The outcome was favorable. So Cobrey Farms has had all of its sites equipped with Dry Misting. 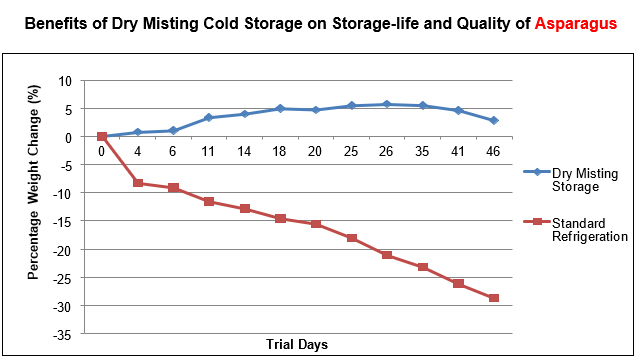 Background
Changing weather conditions greatly affect asparagus growth. When it is too warm, growth is accelerated. That leads to an oversupply and lower market prices. In colder weather, slower growth means a supply shortage and higher market prices. Using Dry Misting to level out these peaks and troughs has resulted in a reliable supply for Cobrey's customers. And, thanks to less waste, guaranteed returns for the company.

Hydration, weight retention thanks to Dry Misting
For the trial, two Dry Misting units were installed in a 4°C cold store. These eliminated dehydration and increased turgidity (firmness). That means the crop can be kept in "as picked" (as in immediately post-harvest) conditions significantly longer than usual. With Dry Misting the product actually gained weight through natural hydration. With standard cooling, they lost weight. 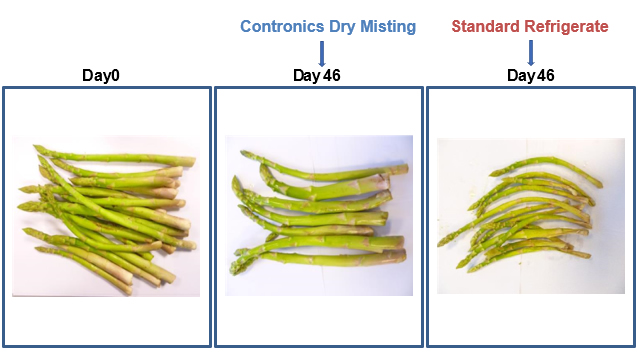