In the Ecological Field Tomato Project, scientists, professional growers and other participants breed new varieties without benefiting financially from so-called intellectual property rights. The project has produced nine new varieties since its nationwide launch in 2003.

The varieties Primabella, Resibella, Rondobella, Vivagrande and, in home gardens, Sunviva, have proved particularly resistant to late blight (a fungus with the scientific name Phytophtora infestans). The past wet summer was the acid test. 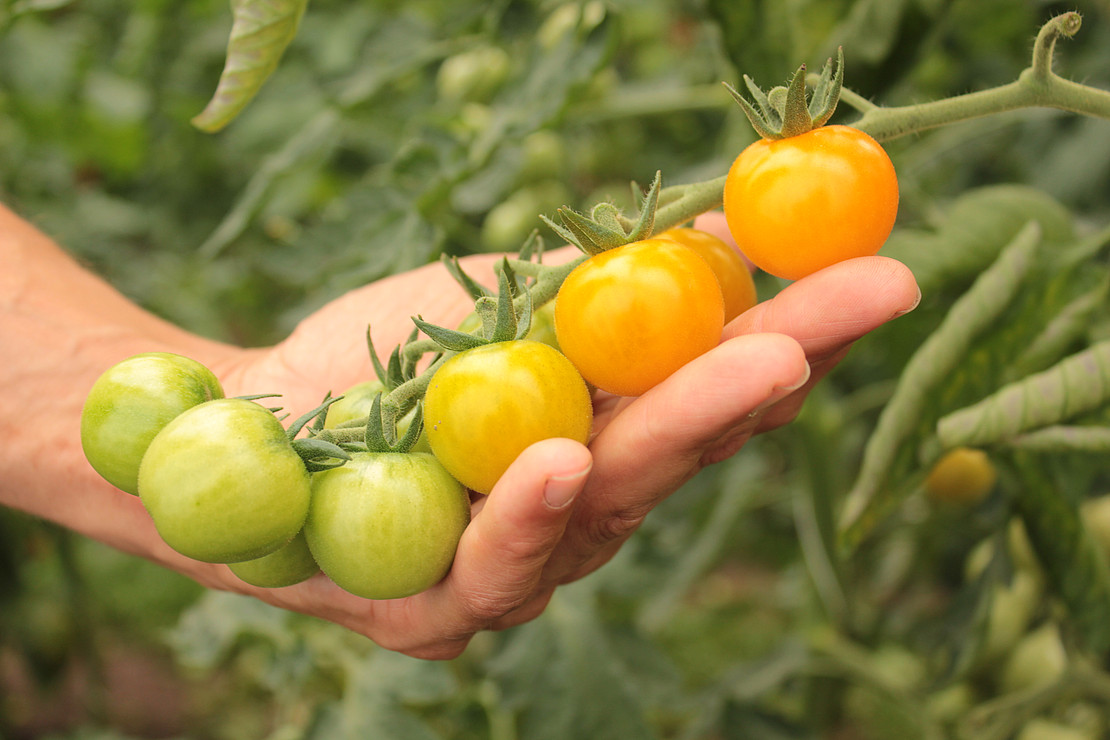 "The previous years, 2018 to 2020, were favorable for growing tomatoes outdoors in almost all areas of Germany: it was dry and hot, and infestation with P. infestans played little or no role," Horneburg reports. This year was and is different: "In many gardens, varieties with low or medium resistance were so severely damaged that yields remained low. Commercial cultivation in foil tunnels and unheated greenhouses was also severely damaged in some cases because the tomato plants remained damp for a long time at low temperatures and high humidity and became infested. Varieties bred in the outdoor tomato project, on the other hand, were able to extend the season and greatly increase yield."

Horneburg, an agronomist who researches and teaches at the University of Kassel's Department of Ecological Plant Breeding and Agricultural Biodiversity, attributes this to the broad breeding approach based on the tomato's diversity: "Participatory breeding in a wide variety of locations makes it possible to develop varieties that can handle highly variable climatic conditions."

Annual meetings, known as Tomato Days, also ensured exchange between participants; the most recent took place in September near Göttingen. At the Tomato Day, observations and data from exact trials are shared to breed the best varieties for very different soil and climate conditions. Instructions and scientific results are publicly available via the project homepage. Taste is considered through tastings at every step of the breeding process.

Phytophthora infestans is a harmful fungus that can adapt to its environment.  Horneburg: "One strength of the project is the network's 'sensor function': if varieties in one location lose resistance, a new solution is sought directly among the abundance of breeding lines."

The Ecological Field Tomato Project wants to counter large seed corporations. Patents are also often applied for for tomato traits; if a new variety contains corresponding traits, license fees are due or use is prohibited altogether - an obstacle to the development of improved varieties. Patents for tomatoes are held by a few companies.

In the open-field tomato project, on the other hand, breeders, growers, retailers, consultants and consumers jointly determine the goals and select the best breeding lines, Horneburg describes: "We exchange knowledge, plants and seeds in order to jointly search for new, promising varieties." The Sunviva and Vivagrande varieties are even protected by the open-source seed license as public domain.