Carrefour is ahead of the market as already 100% of the citrus it offers is of Spanish origin. The company plans to market more than 110,000 tons of 100% Spanish citrus fruit during this campaign, thus intensifying its commitment to the Spanish countryside. In addition, 61% of the citrus will be distributed in other countries, since the chain supplies Spanish fruits and vegetables to the establishments in other countries where the group operates. 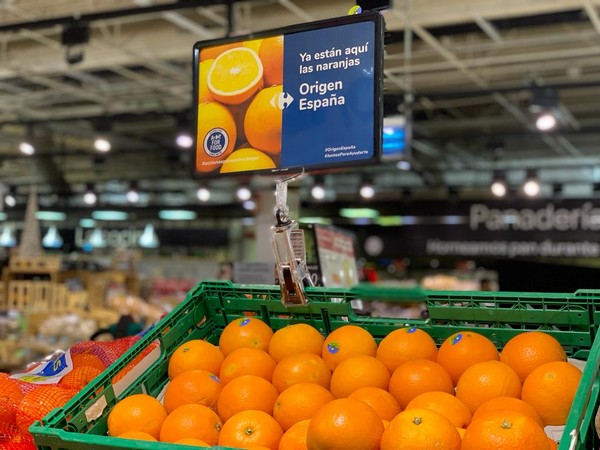 In total, the group will market more than 67,000 tons of Spanish oranges, mandarins, lemons, and grapefruits in France, Belgium, Italy, United Arab Emirates, Poland, Romania, Qatar, and Brazil, among other countries. The remaining 43,000 tons will be distributed through www.carrefour.es and the more than 1,200 chain stores in Spain.

"Carrefour's commitment to Spanish fruits and vegetables boosts the promotion of the consumption of seasonal products, regional employment, and contributes to reducing Spaniards carbon footprint by making it easier for them to buy local items. According to the WHO (World Health Organization), from the nutritional point of view, citrus fruits are characterized by being a source of vitamins (vitamin C, folic acid, vitamin A), minerals (potassium), and antioxidants ".

Commitment to local producers
The distribution company reinforces its support and commitment to local producers for the development of the campaign. The chain buys citrus from 70 local Spanish companies to supply to its centers. Thus, the company can offer its customers quality citrus fruits from the main national producing areas, such as Andalusia, the Valencian Community, Murcia, the Canary Islands, and Catalonia.