"But there are still concerns about the future"

''A good mood and prices" is how Kees Stoop of RoDeKo describes this year's red and white cabbage harvest in the Netherlands. RoDeKo is the red and white cabbage growers association. "The two-day heavy rainfall in mid-June hit us hard. And for a while, we thought we'd lost half the cabbages. Fortunately, it wasn't so bad, and we could harvest good cabbages. We're satisfied. Of course, that's not only because of the harvest but also prices. We're not selling huge amounts, but the prices are good''. Even with his years of experience, Kees dares not offer any guarantees. "The prospects are positive. But, there's one thing I know about the cabbage season - there's almost nothing as unpredictable. You never know exactly what will arrive from abroad. A cold, late spring could affect trade. The market is simply too obscure. What's happening in countries like Russia or Poland?' He prefers to remain positive, however, because: ''Better an optimist who's wrong than a pessimist who's proven right.''

Kees still considers the introduction of the cabbage processing machine, last year, to be an important trend for cabbage crops. That, however, did not turn out as he had hoped. ''This year, it had to prove itself in practice, And, despite staff shortages, there were the expected start-up problems. Labor is becoming a bigger problem every year. Many growers complain about that. These days, people arrive for work in the morning and, by the afternoon, decide it's not for them."

"We used to be able to call on Poles. Romanians, who have now replaced these people, quickly decide to do something else. So we're indeed eager for automation. But there are still many teething and other problems hindering this at present. There's not a great-enough need yet. Neither is the machine good enough yet. So for now, it's being held back from both sides." 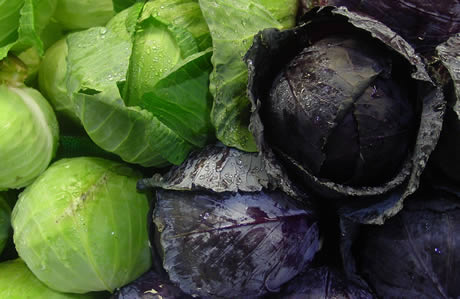 The future is not all rosy, as Stoop is concerned about the decrease in the range of crop protection agents. ''Substances are being discontinued, and there's no alternative. Approving the organic agents takes too long, and they don't work quite as well as the chemical agents. Much worse, in fact. Movento will be phased out in a few years."

"And there's not yet an alternative to combat the diseases and pests in cabbage cultivation. Growers will be anxious for the next five years because you want to bring a high-quality product to market. Customers also demand this. And without a good package of resources, that will be much more difficult. I have yet to find the first client who'd accept a lice-infested cabbage," Kees concludes.