With over 70% of the American West, Southwest and Northern Plains categorized in D3 (severe) drought or higher since June, Ameican Farm Bureau Federation (AFBF) has designed and distributed a second round of its Assessing Western Drought Conditions survey to evaluate drought’s continued impact on farm and ranch businesses. 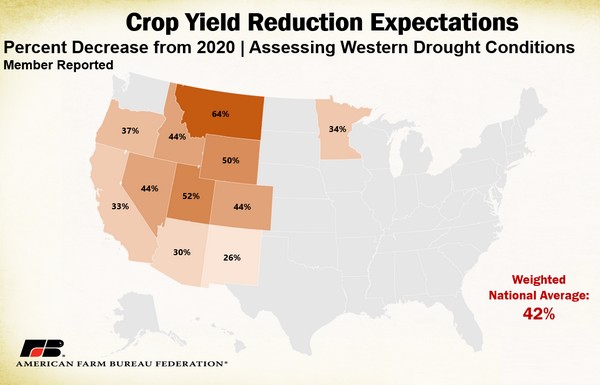 Crop producers have not been spared. Orchard tree and multi-year crop removal was common in states with higher fruit and tree nut production. Forty-one percent of producers from California and a third of producers from Arizona reported destruction of multi-year crops as prevalent or higher in their area. For some nurseries, customers have put orders of plants on hold or even cancelled orders due to water shortages in their area.