‘Almost all trades impacted by bottlenecks’

Danish research and analysis company Sea-Intelligence has conducted an investigation to examine how bottlenecks in the maritime supply system have impacted vessel delays. The researchers analyzed data from the October 2021 Global Liner Performance (GLP), set a baseline for vessel delays using data from 2016-2019, and then compared delays in excess of that baseline for 2020 and 2021.

The data show how the delays have developed over the period between January 2019 to September 2021. While there was an initial pandemic increase in delays during the first half of 2020, after a brief period of improvement in summer 2020, the delays then escalated significantly in late 2020 and early 2021, according to the report.

Sea-Intelligence analysts noted that the problems continued to worsen during summer and the ongoing autumn, with the peak of 3.93 days reached earlier in August. 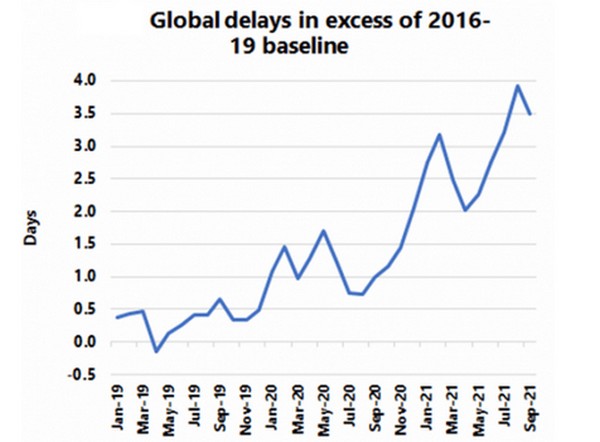 It can also be seen that a few individual trades are not impacted, and essentially have the same magnitude of delays as they had before the pandemic. According to Sea-Intelligence, these relatively less impacted trade lanes are mostly connected to South America, from both Europe and North America.