Carlos Herrerías, from Enza Zaden: "We focus on improving resistance, extending the production cycle in different sizes and colors"

The bell pepper acreage in Almeria, which exceeds 13,000 hectares, continues to grow every year to the detriment of other crops, such as tomatoes. Although the most planted peppers are the bell-type ones, the growth rate is higher in the case of conical peppers, with over 20% per year. 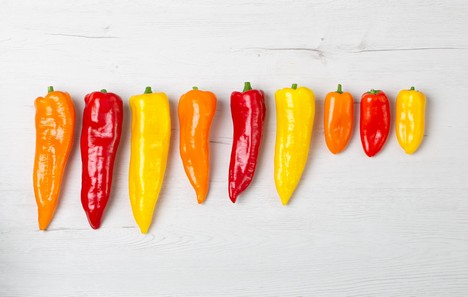 "The bell pepper acreage and the annual production continue to grow, but consumption also continues to increase, as reflected by the steady rise in unit prices on supermarket shelves," says Carlos Herrerías, Solanaceae Product Manager for Europe at Enza Zaden. "This tells us that the markets are still far from saturated, and if this happened with bell peppers, it would take much longer to happen in the case of conical peppers," he says.

The seed house pioneered the introduction of Tribelli® conical peppers in 3 colors and in different sizes, from mini peppers to longer ones. Since then, they have continued to develop new varieties in order to achieve full production cycles in all colors and sizes. "When we started with our Tribelli® brand, the starting point was and has always been the taste. Peppers must reach a minimum number of Brix degrees to ensure a tasty product," says Carlos Herrerías.

"We tend to think that resistance to pathologies is something that is only interesting to the grower, but it is clear that with greater resistance, we will have a longer production cycle and a cleaner and more sustainable product, given the reduced need for the use of chemical treatments. In fact, disease resistance is a term that is more often now mentioned by buyers in supermarket chains," says Carlos Herrerías. The company is developing varieties resistant to fungi or spotted virus in all colors.

More bell pepper formats in the three colors to solve product weight-related problems
In recent years, another of the main problems for bell pepper growers and marketers have had to deal with has been the mismatch between the weight of the product in the packages and the pre-established agreements with their customers. 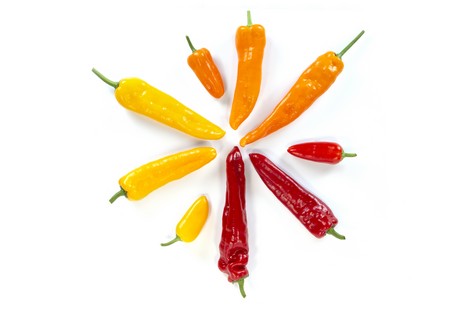 "In theory, the grower can sell more kilos, because the pieces are larger and harvesting costs are optimized. But, if the final price is reduced by the supermarket's purchasing requirements, the producer ends up receiving less. And, if the marketing company has agreed with its customer to supply packages of two pieces weighting 200 grams, for example, and it sends packages weighting 300 or 350 grams, it ends up losing money. We have made genetic improvements to address this problem, since in most cases the marketing companies are giving products away due to excess weight. The Prost, for example, is a long red cone pepper with LT resistance that has the perfect caliber for marketers. For this reason, we are also supplying different formats of conical peppers in all three colors, because if we stick to one product format, we end up losing out. The more options, the better.