An official estimate from the Ministry of Agriculture, Fisheries and Food of Spain for the Spanish citrus season that is now starting forecasts a drop in the production of around 5%, with mandarins and clementines as the segment that will experience the largest decline in absolute terms.

In fact, in the Region of Valencia, which is the country's largest producer of small Spanish citrus fruits, an 18.1% drop is expected in the mandarin harvest, according to the regional government. In the province of Castellón, the percentage will rise up to 38.5% in the case of mid-season clementines, with the Clemenules especially affected. However, in the region of Andalusia (another major producing area, with 26.7% of the national total, according to official figures) there is a more positive outlook. 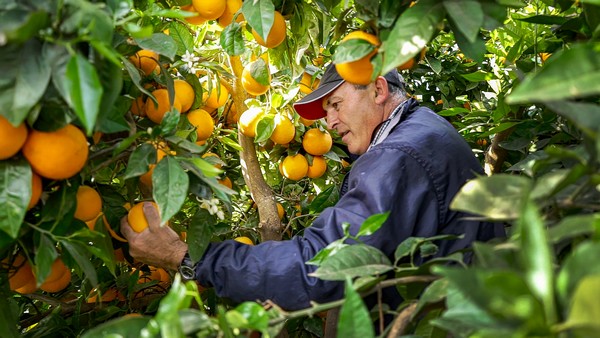 "In Malaga, the mandarin production will actually increase compared to last year," says Miguel Angel Gomez, director and manager of Cítricos El Romeral, a company specialized in organic production. He backs the prediction from the Government of Andalusia about this segment growing by 19% compared to the previous campaign. "However, the fruit volumes still fall a little short compared to initial prospects due to the lack of rain in recent months. Fortunately, in the Guadalhorce Valley, the main citrus production area of Malaga and one of the most important organic citrus producers in Andalusia, we have not been as affected as other areas by the water issues, but if it rained soon it would help further increase the production."

In fact, the climate in Andalusia, the southernmost region of Europe, makes water a very valuable commodity; and more so at a time when the situation in the autonomous community is still described as one of "moderate drought," according to the General Secretariat for the Environment, Water and Climate Change.

"Aware of the value of this resource, we have developed a water management plan to adjust irrigation doses to the crops' water needs and optimize its use," says Luis Fernando Jiménez, commercial director of the firm based in Alhaurín de la Torre. "Moreover, our production, which we fully own, will soon obtain the prestigious Naturland certification." 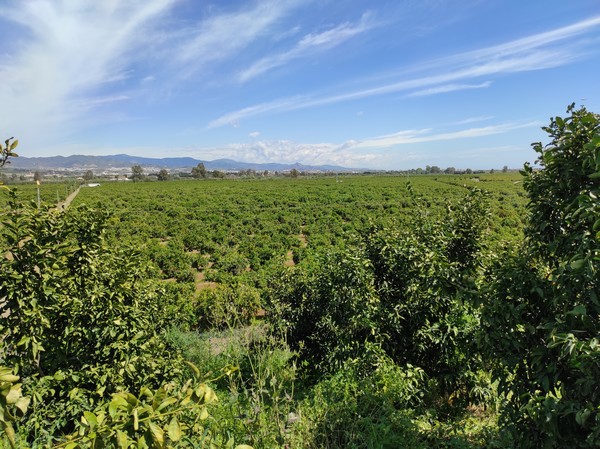 "When it comes to lemons, a considerable drop is also expected this season at the national level, but in the province of Malaga, which is the main lemon producer of Andalusia, we expect the production to remain stable, and some farms have actually obtained greater volumes compared to last year. With the Verna variety there may even be an increase compared to last year," says Luis.

Cítricos El Romeral produces around 4 million organic citrus fruits annually, including lemons, oranges and mandarins, as well as other subtropical products from the Malaga area, such as avocados, mangoes or papayas. There is a very special segment within the citrus sector: exotic specialties, including citrus caviar, kumquat or limequat. "We export 90-95% of our fruit, mainly to the European Union, to destinations such as Germany, France, Switzerland, Austria and the Nordic countries," says Miguel Ángel. "We occasionally export to the United Kingdom, but that's a market that brings bureaucratic and logistical complications, so we don't currently expect growth there."

"We are fully committed to an organic future. Not only is our production 100% organic, but all our farms are shifting to biodynamic agriculture, and by spring 2022, we will start producing Demeter fruit on the first 20 hectares to be certified," says Britta Saeger, the company's salesperson. 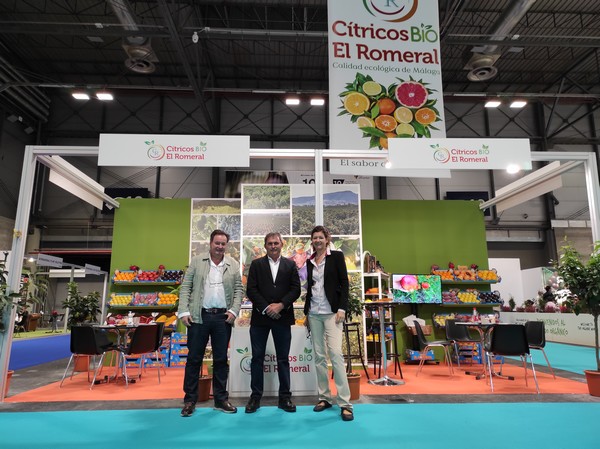 Reasonable starting prices
Mandarins, like oranges, are starting a new marketing year with the prospect of achieving similar results to those recorded last year, when average prices stood above those of the previous five seasons, both at origin and after handling.

"We have started from a price level a little lower than that of the previous season, although with reasonable prices that, based on the crop prospects, are expected to be maintained. Those of oranges will still fall a little, although we hope that there won't be de-escalation, like last year," says Luis.

"As for lemons, the Verdelli had reached high prices, although prices have now suffered the impact of the entry into Europe of large volumes of conventional lemons from South Africa, which has taken a slight toll on organic lemons. However, the outlook for the price of lemons is that they won't fall much more, taking into account the expected drop in the production at a national level," he says. 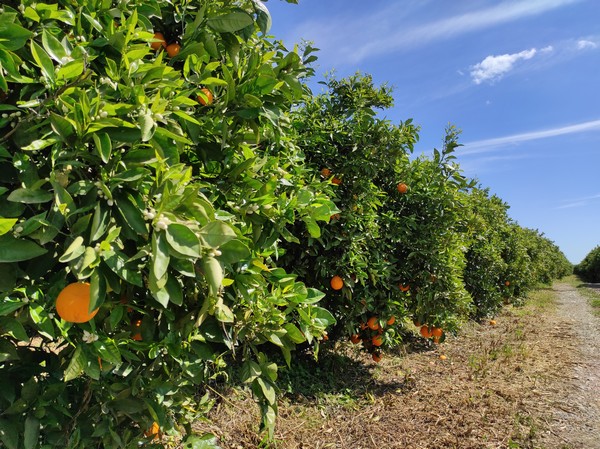 Increase in the organic citrus fruit production
The Action Plan on Organic Agriculture, presented by the European Commission in March 2021 as part of the Farm to Table strategy, establishes a series of measures to boost organic farming in the EU and its main objective is for 25% of EU farmland to be producing organically by 2030. According to the manager of Cítricos El Romeral, the country's organic citrus production has been confirmed to be increasing.

"That is one of the main challenges at the commercial level. There is a growth in the organic production led by large companies traditionally devoted to conventional citrus production. In recent campaigns, a large number of plantations have been set up by these companies and, while in Malaga the average farms are 2-3 hectares, in the Levant they are establishing 50-100 hectare farms, so the level of competitiveness in the market is going to increase," says Luis. "The production is growing at a higher pace than the demand, and there could be a significant imbalance that would cause prices to drop." It is worth keeping in mind that producing organically has higher costs, and this justifies the price differential between them and conventional products, he says.

"Consumers appreciate and value this growth, but it is the chains and retailers that have to bet firmly on organic products to help increase their consumption," says Miguel Angel.