"Pears and Elstar apples should sell well this season," says Brent Verhoeckx, buyer and seller at a Dutch fruit company of the same name. In mid-September, Verhoeckx Fruit was hard at work harvesting top fruit. According to Brent, the pear harvest is somewhat disappointing in the Netherlands as well. "There are fewer pears this year, here and overseas. The cold weather has definitely left its mark. There is less fruit, especially at the bottom of the trees. There are enough at the top of the trees, though." 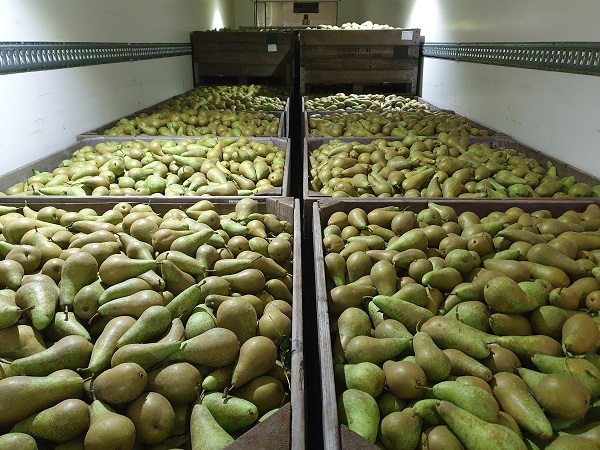 Because the trees have fewer pears, those that are there are generally somewhat larger. Since there are not many size 50-65 pears, Brent thinks these small pears will sell well. That is unlike last year. Then there were lots of small pears available when the season began. "It was a drama with those sizes. The season will start well for those small pears now." It is not only small pears that are expected to fare well when the season begins. "Prices should remain, and there probably won't be any pears sold at a loss."

Elstar and Jonagold
Brent says the Elstar apples look good. They are well-colored and are of good quality. "I think these, too, are going to sell well. It won't be mad, though; prices will be normal." He attributes this to the temporary, decreased acreage of these apples in the Netherlands. Many new Elstar trees have been planted. But it takes a while before those trees are in full production. 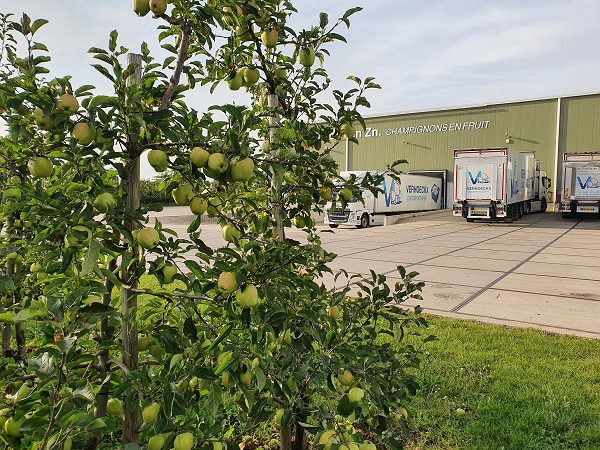 The Elstar remains Brent's favorite apple. "There are many new varieties, and everyone's trying to create something new. But I still have the utmost confidence in Elstars. If their firmness is right, most consumers find this apple to be the best value for money." Brents' customers prefer Dutch Jonagold apples. He, however, knows that the price competing growing country Poland charges, affects the demand for Jonagold from the Netherlands.

"Prices should be about the same. If there's enough Jonagold in Poland and prices are low, we have to go along with that price to some extent." He says last year was not so bad because Poland had storage problems with Jonagold. But Brent does not have high expectations for Jonagold this year. "If there's sufficient fruit in Poland with no storage issues, prices won't be high."

Quality
Verhoeckx Fruit sells most of its apples and pears via free trade to hospitality suppliers and wholesalers. Quality is a priority for this target group. "The product has to be really good and may cost a little more. Clients want to know what they're getting. They go for quality. If they know the product is good and they can work with it, it's worth that extra expense." The grower responds by thinning again shortly before and during picking and removing apples that are not up to standard. 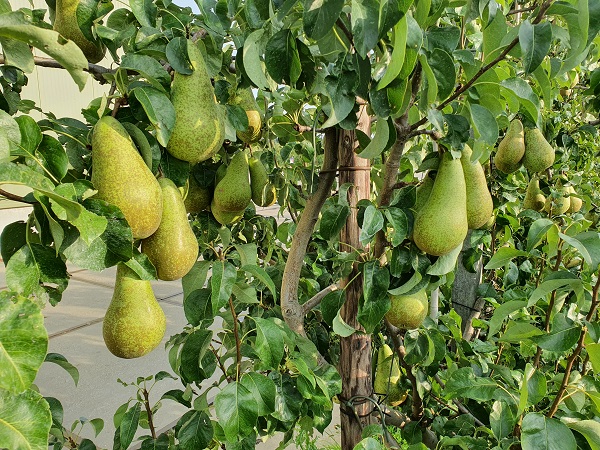 "We throw out anything that's not good, so as much Class I as possible goes into the cold store." That also cuts costs, explains Brent. "If everything's just harvested and stored, then you incur costs for fruit that eventually become industry fruit." Another development is the increasing demand for smaller apples. "Especially with school and work fruit, the smaller sizes, which cost less, are coming into the picture," Brent concludes.