The Spanish Citrus Interbranch organization formally and personally requested the general director of the Agrifood Industry of the Ministry of Agriculture, Jose Miguel Herrero, to hold an urgent meeting with the minister of the sector on September 16.

The organization made the request personally to Herrero at the General Assembly in which Inmaculada Sanfeliu was appointed president of the CGC. After almost a month and a half without having received an answer to their request, last Friday, the members of Intercitrus stressed that this meeting was urgent given the market's situation.

The member organizations want to talk to Minister Planas about the serious problems there were at the beginning of the campaign, which started at the end of the previous campaign, because of the oversupply of citrus generated by the massive imports from the southern hemisphere at very low prices, which are unattainable for the Spanish sector. Third country citrus producers don't have to comply with the same working, phytosanitary, environmental, and human rights conditions that European producers must follow, which makes their offer more competitive than the EU's offer. This process is accelerating the progressive loss of competitiveness of Spanish oranges and mandarins in the Community market, they stated. 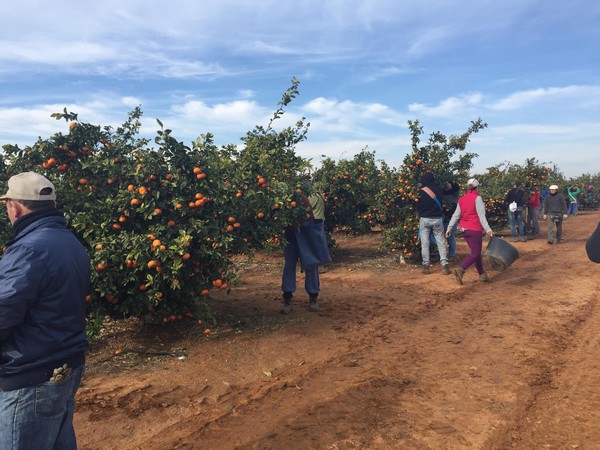 The strong increase in production costs is coinciding with a sharp drop in prices in the fields and in warehouses. "This cheap offer has really complicated the exit of the early Spanish satsumas and clementines and it is delaying the placing of the first oranges of the season, fundamentally of the Navelina variety," the interbranch organization stated.

"In addition, South African citrus exports to the EU in September will be especially high because we know they shipped out a lot of what they couldn't send in August that month," Intercitrus stated.

“The end of last season was extremely complicated because Egypt extended its orange campaign to Europe with higher volumes at very low prices and now South Africa extended their campaign at the beginning of this season. The worst part is that the large European distribution is getting used to prices we're unable to compete with,” stated Sanfeliu.