Approval for ethylene concentrate expanded into the Netherlands

The banana is the most popular fruit in Europe, resulting in high demand for ripening. In response, Catalytic Generators has expanded the list of countries where its ethylene ripening products are authorized. “We’ve had a presence in the US and UK for over 40 years with US-EPA approval and later on registration as a plant protection product by the UK-CRD,” says Greg Akins, President and CEO of Catalytic Generators. Recently, the company has received approval from the Dutch Board for the Authorisation of Plant  Protection Products and Biocides (Ctgb) to use its ripening concentrate Ethy-Gen® II in the Netherlands.

“Banana consumption in Europe is the highest of all fruits. This, combined with the size of the population of the UK and the Netherlands, and their desire to eat healthy, make the two countries very good markets for our ethylene products,” Akins added. 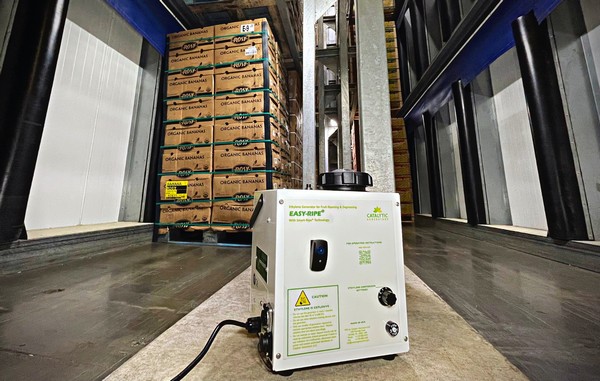 “The Netherlands plays a key role in introducing our product in the entire European fresh produce industry.” In the future, Akins is hopeful to see Catalytic’s ripening system being available across the region. Currently approved for banana ripening, the company will continue to apply for approval for the ripening of bananas and other climacteric fruit in other European countries. 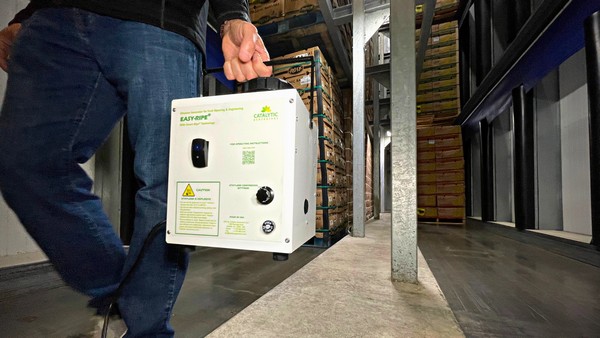 Purest ingredients
It took several years to receive approval from the Ctgb. Since ethylene is a ‘plant protection product’, it is considered a pesticide in some countries and therefore regulated as such. “Much testing and lab work was done to show that Ethy-Gen® II and the ethylene it creates is a safe and effective ripening product,” explained Akins. “A microscopic analysis was done to determine what goes into producing our ripening concentrate. Since we only use the purest ingredients available, ripeners can be assured of a safe, effective, and affordable ethylene application.” Catalytic Generators differentiates itself by specializing in ethylene only. “We don’t sell gases or chemicals; ethylene is our only business. It’s what’ve been doing for almost 50 years.” 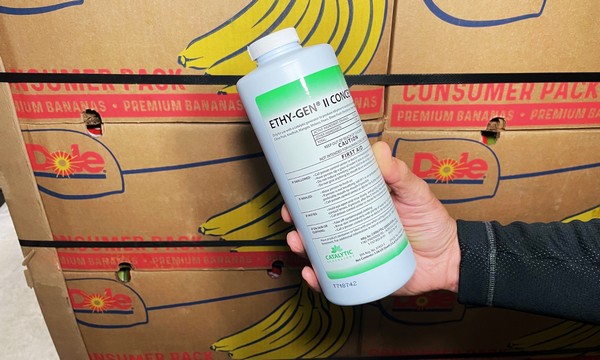 “With this approval, we are able to assure our customers of the highest quality when ripening fresh produce.” Catalytic Generators’ ripening products are the only ones that have passed the stringent standards of the US-EPA, UK-CRD, and now the Ctgb. Additionally, the company offers the only ethylene systems that comply with the testing standards of TÜV (TÜV SÜD America) which means their ethylene systems meet recommended safety standards for warehouse and cold storage facilities.