"We expect a rebound in pomegranate sales between November and December"

Elche began its Mollar pomegranate harvest last week and, according to forecasts, the production will decrease by nearly 25% due to the heavy rains registered in spring during flowering.

"The markets are calm and at the moment there is not much demand for pomegranate," stated Susi Bonet, commercial director of the Cambayas cooperative, located in Elche. "It's hard to get high prices for the product, which is vital to mitigate the increase in packaging materials, energy, fuel, and wages there's been this year." 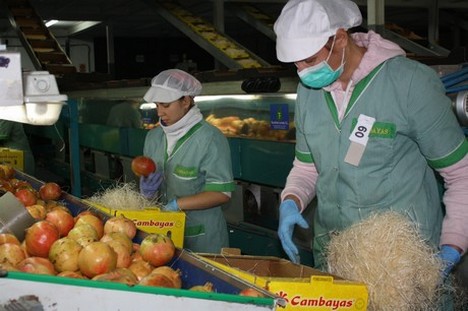 Bonet is confident that the situation will change as of November. "We expect sales will rebound in November and December, as in these months people traditionally consume more pomegranates, especially on the eve of the Christmas celebrations."

It should be noted that other third countries, such as Turkey, Egypt, and India are also starting to export significant volumes of pomegranates to international markets.

The pomegranate produced in Elche has a paler color, sweet arils, and no seeds. It accounts for more than 75% of the Spanish production of pomegranates. "Our biggest sales are in Spain, France, the Netherlands, the United Arab Emirates, and Canada, among other markets. Sales to distant destinations have been increasing in recent years, but this growth has been slowed down by the current continuous increase in maritime transport and freight prices," stated Susi Bonet.