An interesting three-day event has come to an end, with numerous presentations on almond farming. The event was held last Saturday, 23 October 2021, at the OP La Mandorla in Mazzarino (CL), Sicily, with a conference that addressed the issues of aggregation, markets, production difficulties, new production areas and international competition that the Italian industry must be able to counter if it wants to be an outstanding operator in the sector. 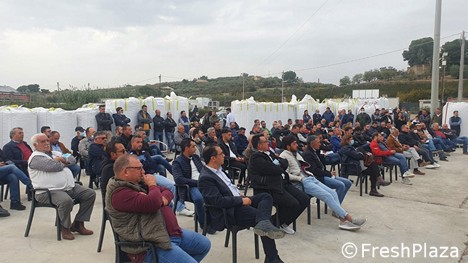 The main theme of the conference was on the necessity of collaboration and aggregation. 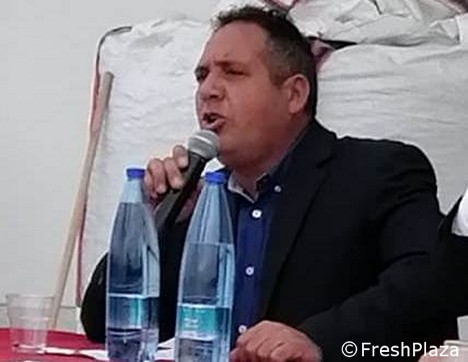 The meeting started with the President of the PO, Rocco Selvaggio, who outlined the steps that have led to the creation of the association, which is unique of its kind in Italy, based on almond cultivation. Salvatore Ballaera then took the floor, who greeted the Order of Agronomists of Caltanissetta (Sicily) and stressed the value of the initiative.

The first of the scheduled speeches was that of Giovanni Gueli, agronomist of the PO, who emphasized the need to stimulate productivity, focusing on quality, which is the key to profitability. 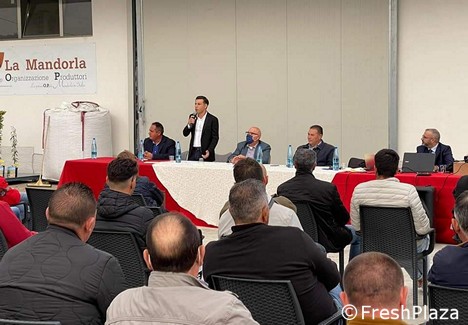 Giovanni Gueli, agronomist of OP La Mandorla, during his speech. (Click here to see the photo album of the event)

"Unfortunately, the fragmentation of production is the opposite of revenue building. Despite a biodiversity like no other, with an almond of exceptional quality, we find ourselves with an abnormal presence of foreign products from overseas, particularly low-quality ones, which we must curb. Standing together implies this too, to transfer know-how aimed at improving production and sales as a whole, and consequently at boosting competitiveness. With this in mind, we must focus on organic production, which raises the bar in terms of market positioning,” said Gueli.

Salvatore Contarino, consultant of the OP La Mandorla, also contributed to the event, focusing on the path that led to the definition of this producers' organization. 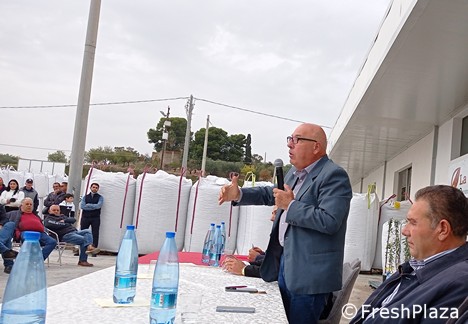 "I would like to point out that the OP La Mandorla, in the phase of constitution and subsequent attainment of the recognition of specialized organization for the product almonds, has been supported by Unaproa, to which the PO has submitted its membership application and with whom it has signed a contract for the provision of a range of services belonging to a PO. I would like to point out the different opportunities that can enrich aggregation processes and develop the joint almond chain. The public sector prefers to support those who choose to stay together. In fact, there are several results obtained from being together. Among these, is the recognition of economic support for green pruning almond trees, which has so far only been granted to other cultivars. We are also asking support for sorting the bitter almond, which has its own specific commercial outlet, from the sweet almond. We must insist on the full integration of the supply chain, because the EU has set aside no less than €1.2 billion for 2022 to foster the competitiveness of POs,” said the consultant.