Food safety is often intertwined with fraud in fruit and vegetables and overall, in the agri-food industry. Those who have the most to lose are the companies that produce premium products and pay a high price for the quality of their products. In this context, Italian farms are at greatest risk, because their products are often imitated or, worse, falsified. 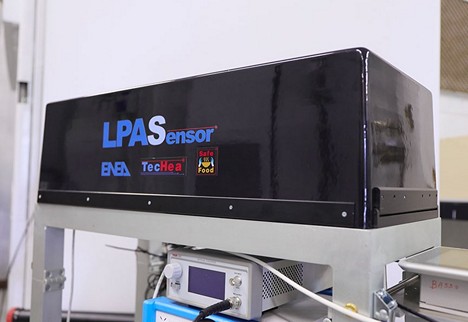 ENEA has come to their assistance with the development of SafeFood, the first photo-acoustic laser system against food adulteration, available to food industries and large retail chains. The equipment is able to trace, in real time, contaminants in untreated samples by taking small quantities of product. 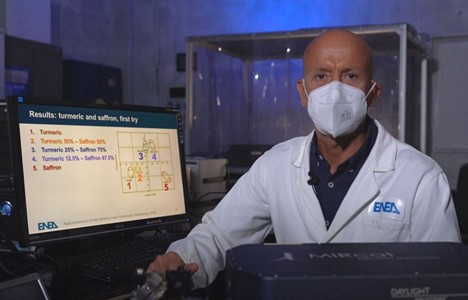 "The laser system has been designed to be installed along production lines. It is easily transportable and is characterized by the rapidity of the operation, which is carried out in a few minutes. In addition to its time-saving performance, the photoacoustic laser technique stands out for its accuracy and reliability in detecting some important food frauds, such as those involving fruit juices and other foods, but especially oregano and saffron," said Luca Fiorani, researcher at the ENEA Research Centre's Diagnostics and Metrology Laboratory.

ENEA researchers are already working on a second prototype to be used directly at points of sale, from shop shelves to fruit and vegetable market stalls and beyond. 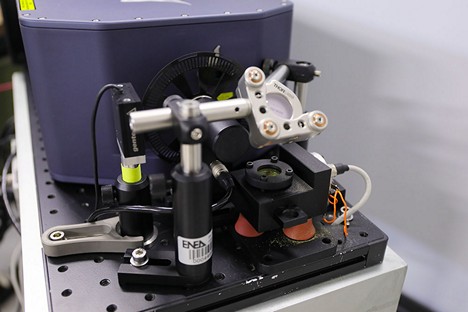 A close-up of the laser device

"The system we have developed does not require pre-treatment of the sample with chemical reagents and can therefore be easily used by non-specialist personnel after a short training session. The first sample for testing the prototype was the rapid detection of adulterated saffron. Genuine saffron, obtained from a flower with three stigmas that are harvested and dried, has a high cost and is therefore at risk of being cut with a dye, tartrazine, or yellow spices such as turmeric. Starting from pure saffron, various contaminated samples were prepared, leading to concentrations of tartrazine and turmeric as low as 2%, in order to test the system's ability to detect particularly low amounts," stressed Fiorani.

ENEA has also signed a contract with the Chelab company of the multinational Mérieux NutriSciences Corporation, present in 24 countries, with 100 laboratories and 7 thousand employees, which aims to protect the health of consumers worldwide and offers a wide range of analytical and consultancy services for food, environmental, agrochemical and other products.