The Egyptian sweet potato season is in full swing and according to one exporter, demand is booming. Production is not able to keep up with the demand, which has resulted in higher prices this year. Costs have also increased, as both shipping and packaging has become more expensive compared to last year. Meanwhile the spring onion season has also started and demand from Holland and Germany came earlier than expected.

Reda Ezz, founder of produce exporter All Fresh Egypt, states the company has come a long way since first cultivating sweet potatoes for the local market: “We are one of the largest farmers of sweet potatoes in Egypt, where we began to cultivate sweet potatoes with local varieties with red skin and red flesh. These were desired by the local market in Egypt as well as neighboring Arab countries. All Fresh has since started importing mother plants from the United States of America, such as the Beergard variety, which is characterized by a long storage period, excellent taste and color. We plant in an area of 700 hectares of potatoes to meet the demands of its customers throughout the year.” 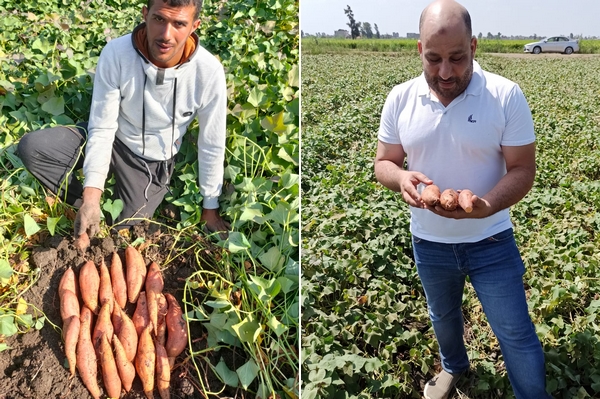 According to Ezz the costs for packaging and shipping have increased significantly when compared to the previous season. “Regarding the weather in Egypt, it was very good and a positive effect during cultivation. Current demand is so high that it exceeds what we can harvest. This has in turn increased prices by about 30 per cent compared to last year. As a company, we export via airfreight to the Netherlands, Germany and the United Kingdom. Right now, sea freight prices and packing materials are a challenge. For a single container, we’ve been charged about 600USD more compared to last year. The boxes for packing have become more expensive as well, about 30 eurocents per box in the last two months and the price is still going up.”

All Fresh is focused on the start of the spring onion season as well, which is busier than they had expected, Ezz explains: “The season of fresh Egyptian onions began with an increasing demand from European countries, due to the end of the green onion season in England in October. Coinciding with the start of demand for spring onions from England, demand began early from Holland and Germany. These markets are expected to start around the first of November, but it seemed their request is about a month early this year.” 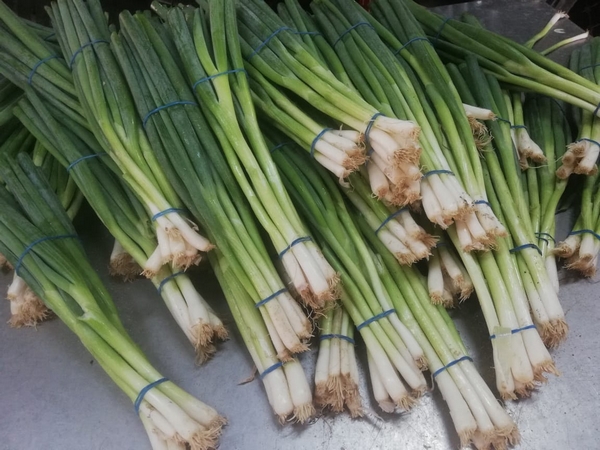 Ezz hopes the upcoming season will be as good for the farmers as it was last year. “The green onion season ended last year satisfactorily for the farmer, as the demand for green onions increased due to the occurrence of snow in Germany, which delayed the German onions in the markets. The successful season made the cultivated areas of green onions in Egypt increase by 30%. It is noteworthy that Egypt started cultivating the futon variety, due to the high demand for it in the European markets.”

The Egyptian produce exporter has not been involved in spring onions that long, says Ezz. “We’re a company specialized in the cultivation of sweet potatoes and fresh strawberries, but due to the demand of All Fresh customers for green onions, we decided to grow green onions and export them to our customers. And so, we began cultivating green onions three years ago, with an area of 150 acres. Since that time our acreage has doubled. The green onion season begins in Egypt in October and continues to March every year.”