Top almond markets include the European Union, India and China

World almond, walnut, and pistachio production and trade is concentrated in a handful of countries, with the United States holding a commanding position in terms of production and exports. Marketing year 2020/21 was used as the reference year for comparisons of commodity volumes. 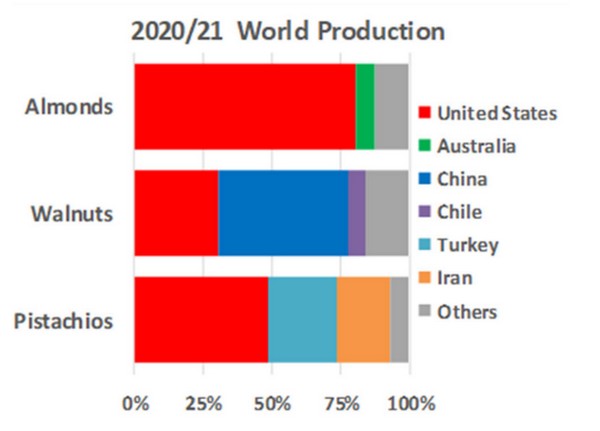 Import markets were more diverse as compared to producers and exporters, although almonds, walnuts, and pistachios relied on the European Union as a major destination.