Michigan apples look to be down approximately 15 percent in volume this season.

“Our spring frost really led to a reduction in volume on most varieties,” says Angie Sommers of BelleHarvest Sales, Inc. She notes that Honeycrisp, also a biennial apple, is seeing volume decreases due to that frost and poor pollination in the spring. Fujis are also down slightly as are Red Delicious volumes. “But we’ve been very pleased with our Gala volume. It’s close to what we had last year,” she says. 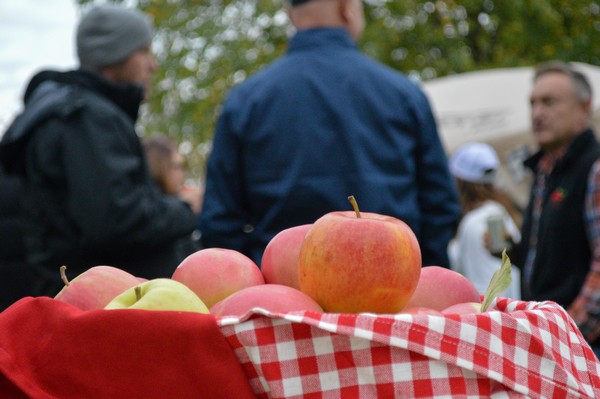 The Michigan spring frost led to a reduction in volume on most varieties, though Gala volumes are close to last year's numbers.

Currently BelleHarvest is picking its final varieties, Evercrisp and Pink Lady, wrapping up this week.

The season also got off to a later start which was opposite of what was anticipated. “We thought it would be 14 days early. We had a beautiful summer and then in the last two weeks of august, temperatures got into the 90s,” says Sommers. So while the state at that point usually adjusts to sunny days with milder temperatures in the evening which helps color the fruit, the high temperatures held off some of that coloring and pushed the start back.

Larger fruit available
However sizing has been good given the lighter crop that in turn has let the fruit skew larger. “For the most part, we’ve had plenty of bag sizes and we’re also starting some tray offerings as well,” says Sommers.

In terms of demand though, that saw a slower start. “It was warm at the start of fall and it’s hard to turn consumers onto apples and pumpkins when they’re still looking for stone fruit and watermelon,” says Sommers. That said, movement has picked up in October, particularly on BelleHarvest’s SweeTango crop. “We’re already finishing up our SweeTango volume and that usually carries into December. It’s running out more quickly than we’d like,” says Sommers. 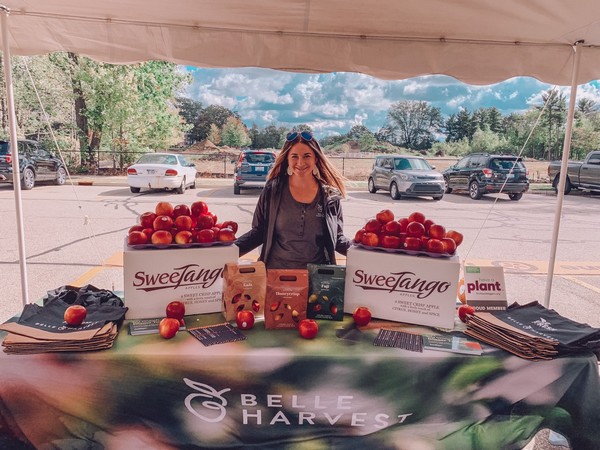 That could also be indicative of how consumption is developing in a category where the talk has been about flat consumption rates for some time. “We’ve made significant improvements and investments into new varieties and flavors and new ways to market apples. We’re getting more dialed in on what’s working and what’s not,” Sommers says. “We’re doing our best to make things simplified for the retailer and wholesaler and are providing data that proves what items to keep in their set and what they maybe need to pass on.”

She also adds that marketing efforts more recently include marketing apples to the newest generation catching the eye of marketers: Gen Z. BelleHarvest hosted an event with Gen Z influencers which included apple picking, trying recipes and discussing snack options. “It was a unique way to engage with the new consumers and give them a chance to interact with our brand,” says Sommers.

Push on pricing
Meanwhile on pricing, it’s up over last year. “We are $4-$5/box higher than we were last year. But last year we had more 2 1/4 fruit to move which are generally cheaper pricing. So the larger fruit allows us to hold our FOBs,” says Chuck Yow also of BelleHarvest. “I see that staying on all varieties across the board with a possible exception of Gala because we want to hold all the other varieties. But with Gala being a higher percentage of total crop this year, we may have to get after those a bit more.” 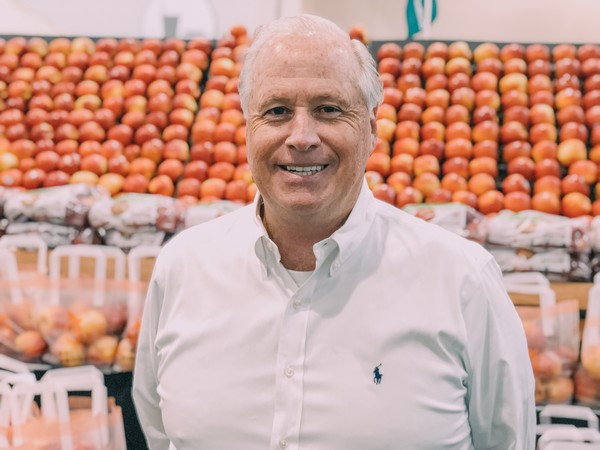 Also factoring into that pricing could be the significant number of increases on production inputs growers of apples (and all commodities) are seeing. “We’ve watched corrugated prices go up four times since the start of COVID,” says Sommers. “The supply chain constraints across the board--trying to get packaging in on time and materials is an ongoing challenge for all of us.”

Of course, increased costs and pricing are top of mind. “My concern on consumption is retail prices. Even if we are more aggressive on certain varieties, we still have extra costs in freight, handling, labor, etc. How much is that going to discount the fruit when it comes to the retail price and therefore create more consumer demand?” says Yow. “How do we generate additional sales on consumer consumption on certain varieties when there’s so much more cost throughout the food chain?”