"This year, we expect 25-30% growth with our organic lemon and grapefruit"

The expected drop in the lemon production this season, which the Lemon and Grapefruit Interprofessional (Ailimpo) has estimated at 24%, will not prevent Spain from continuing to be the world leader in the export of fresh lemons in the 2021/22 campaign. The Region of Murcia, which accounts for 57% of the national production, according to data published by the Spanish Ministry of Agriculture, Fisheries and Food (MAPA), will continue to lead the campaign, whose start for now has been marked by the supply from overseas in the European market, which is its natural destination.

"The season has not fully started up yet because of all the fruit that is still arriving from South Africa and Argentina. We have been waiting 3-4 weeks for that supply to stop. By now, we would normally have harvested about 2-3 million kilos, but this year we have only harvested 500,000 between September and October," says Salvador Pérez de los Cobos, from the commercial department of the Murcia-based cooperative Fruta y Cítricos de Mula S. C.L. "Many lemons that should have already been harvested are still on the tree, and this could cause overproduction and thus price drops at origin, especially at a time when the presence of fruit from overseas is causing much price instability. Hopefully everything will go back to normal soon, because the current situation can only result in market destabilization." 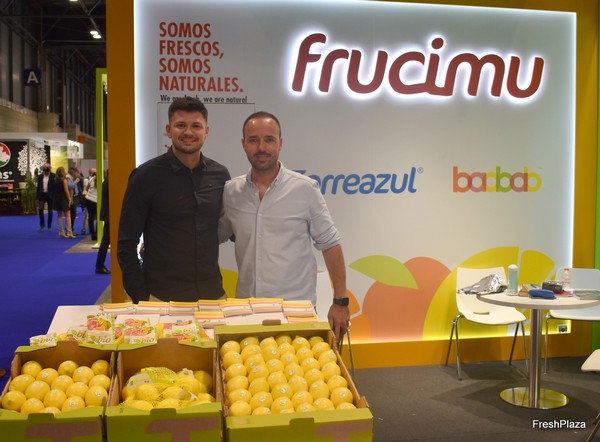 In terms of production, prospects for the lemon campaign are bittersweet. However, just because of this, and despite the current start, there is confidence about achieving better commercial results this season compared to the previous one. Back then, a record volume of lemons was harvested in Spain, causing the fruit to reach the worst prices of the last nine campaigns, despite the price increase that was achieved with the entry into the market of the Verna variety. All of this was revealed in a document published last September.

"Moreover, this situation that conventional lemons are going through has indirectly affected organic lemons," says Salvador. "The demand for organic citrus is growing and the share of organic lemon, orange or grapefruit sales are increasing; in fact, there are supermarkets in which the share of organic products has reached 25%, but this year the beginning of the campaign is not being as good as it could have been if we had not had this problem. 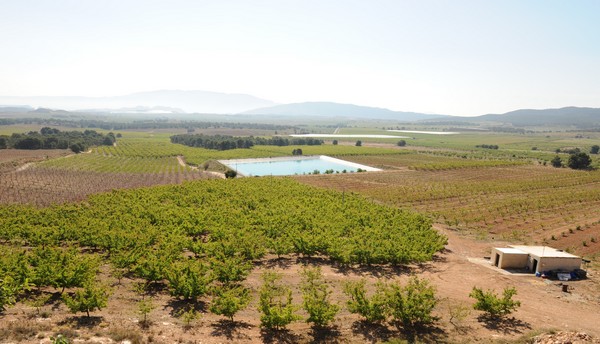 Farms owned by the cooperative.

25-30% growth of organic
Frutas y Cítricos de Mula, Frucimu, is strongly committed to the organic segment. Last year, the cooperative put a 6,000 m² facility into operation exclusively for the reception and handling of organic fruit. With more than 3 decades of experience in the fruit sector and 700 producer members, last season it marketed about 6.5-7 million kilos of its main citrus and organic fruits.

"We produced between 4 and 5 million kilos of lemons and around 1.5-2 million kilos of grapefruit, and although a significant overall decline is expected with lemons, especially in the case of the Verna variety, at Frucimu we expect our organic production to grow by 25-30%, since many of our citrus plantations are being transformed and every year more organic hectares are added, so the total volume of organic fruit from our partners will increase. Moreover, this growth is largely the result of the work of the second-degree cooperative Anecoop, of which we are close partners," said Salvador. "That's where our value lies: we are a cooperative. We have our own producers, with whom we are constantly and directly connected. We control the production at all times and we know how to look after the product we market."

It is worth recalling that the sector's interprofessional foresees a 46% reduction in the Verna lemon harvest compared to last year's production; a drop of such a magnitude that it will inevitably have an impact on the second part of the season. This, according to Salvador Pérez de los Cobos, is a consequence of the weather conditions during the flowering of this variety in spring, which had a very negative impact on the fruit setting.

Exports
Last season, despite its closing with a negative balance in terms of prices, there was still great commercial dynamism. Citrus exports up to June increased by 7.1% in terms of value over the average of the last five seasons, with a particularly good performance of lemon and grapefruit. As reported by the MAPA, the exports of these fruits increased by 13% and 17.1% respectively compared to the average of the last five years.

"The main markets for our lemons and grapefruit are European countries, from France, Germany, Belgium and the Netherlands to Switzerland and the Eastern countries. We do some for overseas, and we also market some volumes in the UK. The early days of last year, when the UK's exit from the European Union took place, were quite difficult."

"Our goal is to continue growing in the organic market and reach more countries and more supermarket chains with our fruit, but always fighting to ensure our partners get the highest prices at origin for the fruit they produce," says Salvador.