"Full harvest of Early Desire pears. With the Red Conference we'll have to wait a year for first commercial volumes"

The marketing season for Dutch pears has started smoothly at Frupaks-Vernooij, part of the Staay Food Group. "We have picked slightly fewer pears, but of a good size and quality. Due to the smaller harvest in Italy and France, the demand has already started to grow. However, the large supply of large sizes makes it difficult to meet the demand for punnets," says Joop Vernooij. 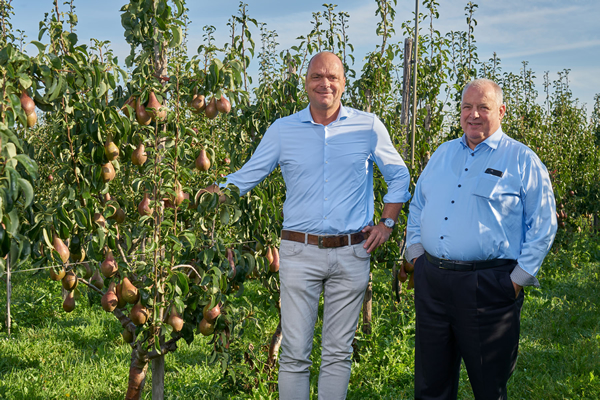 And this year, according to the top fruit grower, that extra demand is not yet being covered by the eastern neighbors. "Germany is currently sourcing mostly pears from Portugal and Spain. We ourselves are selling fewer pears to Germany, but we are seeing a considerable increase in the demand from some southern European countries. Incidentally, prices have started off at a lower level than I expected beforehand, but given the limited supply, prices will rise quickly." 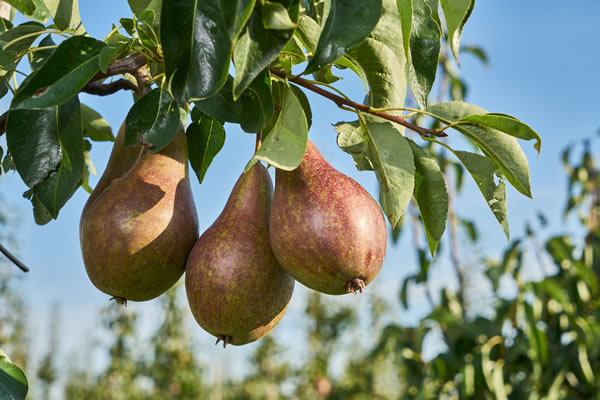 "A trend in the pear market is that customers are increasingly interested in long-term agreements. It is not easy for traditional fruit traders to anticipate this. There is a lot of division in the pear trade," says Joop. In recent years, Frupaks-Vernooij has increasingly been seeking to differentiate itself by growing new (red) pear varieties such as the Early Desire and Red Conference.

"With the Early Desire (Gräfin Gepa) we had a full harvest this year, unlike with other varieties. This variety blooms just a bit earlier and was therefore ahead of the impact of the worst frost. The yields of this early autumn pear with a red blush are 50% higher in the Netherlands and Belgium compared to last year," says Joop. "Sales are going like clockwork, mainly through programs. Almost half of the total volume is already gone." 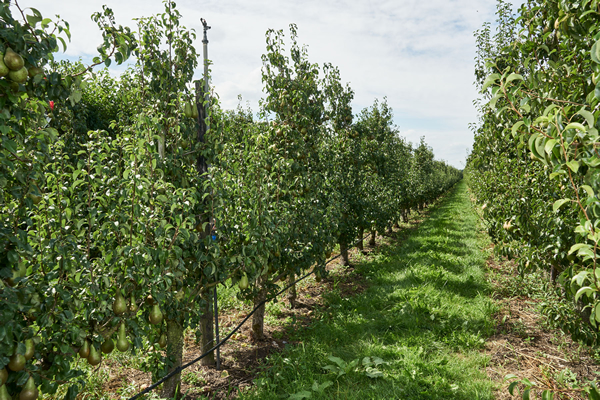 Cultivation-wise, the Early Desire is an easy variety, according to Joop. "It is an annual plant and therefore not susceptible to turn-years and also requires little thinning. Moreover, it is a high yielding variety. In the Netherlands we now have 60 hectares, in Belgium 40 hectares and for the coming years we foresee a slight expansion." 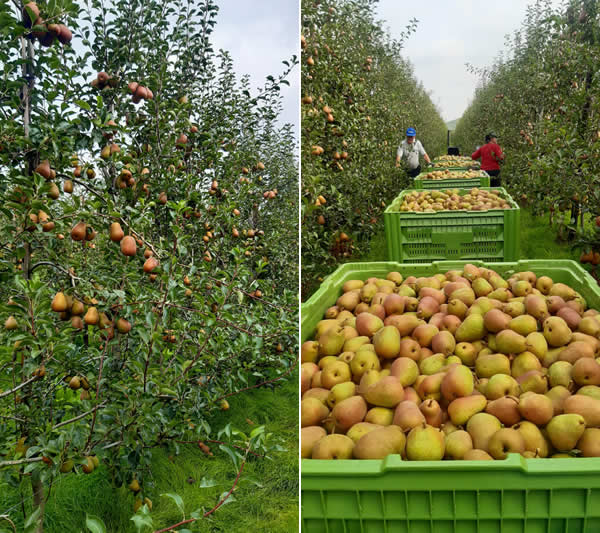 As good as the Early Desire harvest was, this year's Red Conference production has been disappointing. "We have planted many trees of this variety in recent years and expectations are high because of the high demand for red fruit. This year, due to the cold weather, the biennial trees were left bare during the bloom and we have no production. This was a setback, as we had expected to have our first small retail programs this year, but we should have the first commercial volumes available next year."