Verdeflor, the Peruvian packaging company, expands its facilities for the blueberry, avocado, and citrus campaigns

"We have the capacity to process 1200 kilos/hour, which means we can have one container ready per shift"

Peru's blueberry export campaign has already started and the opening of new markets, such as India and Malaysia, starting this year offer producers better prospects, as they now have more than 31 destinations where they can ship their product.

Starting October, the Indian market will be open for Peruvian blueberries and Peru is working to open the Japanese, South Korean, Vietnamese, and Indonesian markets. That's why different packers, such as Verdeflor, are getting ready to face growing demand and are expanding their areas to process more kilos. 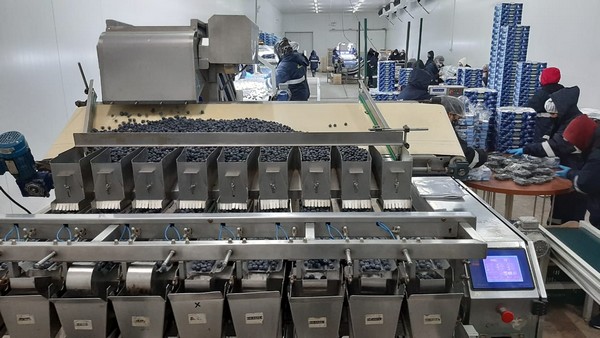 Engineer German Sotillo, the new CEO of Verdeflor and general manager of Verdeflor SAC, said they had acquired new machinery and expanded their cold storage and processing areas to face the increase in demand.

"We have the capacity to process 1200 kilos/hour, which means we can have one container ready per shift. We have qualified personnel, sealing machines, and all the packaging material that the clients require, such as Xtend bags, boxes, and clamshells of different weights."

Verdeflor's Huaral packing plant, which is located at km 5.5 of the Chancay Huaral Highway, has three cold tunnels to decrease the fruit's temperature according to quality requirements, and seven cold storage chambers.

Avocado campaign in November
Given the proximity of the avocado campaign, Verdeflor is preparing for the increase in volumes by improving its services, Sotillo added. The packing plant processes 20 tons/hour, i.e. 10 containers per day.

In this plant, the company plans to expand a chamber, which would allow them to process five additional containers, and build a new chamber to increase their capacity by another three containers per day. Verdeflor plans to process 850 containers of avocado, 50 FCL of blueberries, and 80 FCL of citrus. They will also process Holantao and other vegetables and fruits.