“Due to the market conditions in Australia, we will send a great volume to our customers in Asia and the Pacific Islands"

The soft Australian avocado market is putting pressure on the export returns for fruit sent from New Zealand as well as delivering low returns to the Australian growers. The New Zealand avocado harvest started back in July and it has been a season of very good quality fruit and big volumes, unfortunately this has coincided with an on year in Australia after last year's poor crops and low domestic volumes. 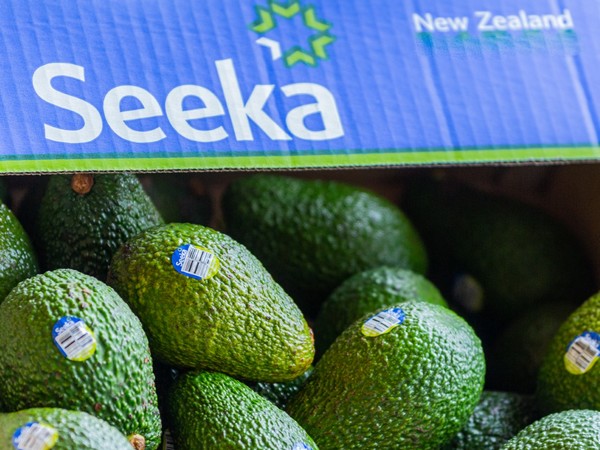 “New Zealand is having another excellent production year as well as a number of new larger orchards coming into production,” according to Michael Franks, Chief Executive at Seeka. “Packouts have been excellent and the early stages of harvest has resulted in exceptional quality fruit with good sizes."

“Due to the market conditions in Australia, we will send a great volume to our customers in Asia and the Pacific Islands. Our main Asian markets are Thailand, China, Japan and Korea.”

The soft market conditions in Australia will result in a dramatic reduction in returns to the orchard gate. Returns last year of around $28 per tray are expected to reduce to less than $10. There is still a way to go with the selling season but the outlook is for the soft market to continue.

Seeka has the rights to grow and market the GEM variety in New Zealand with more than 20,000 plants in the ground. A pre-commercial volume is expected in the current year with commercial volumes expected in 2022. The compact tree is expected to deliver a later maturity fruit. Early fruit samples provided to customers have received excellent response.