Apple juice products produced in South Africa are being recalled due to unacceptable levels of patulin, a mould which can cause nausea, gastrointestinal disturbances and vomiting. Coca-Cola South Africa was the first to issue a recall of more than 37,000 cases of its Appletiser products in September. LiquiFruit and Ceres, both subsidiaries of Pioneer foods, have recently issued similar recalls, with Woolworths’ own brand of apple juice also affected.

The National Consumer Commission confirmed today that Elgin Fruit Juice Ltd was being investigated as the source of the patulin problem. The company, based in Grabouw in the Western Cape, has been identified the supplier of 100% apple juice concentrate to affected fruit juice producers. 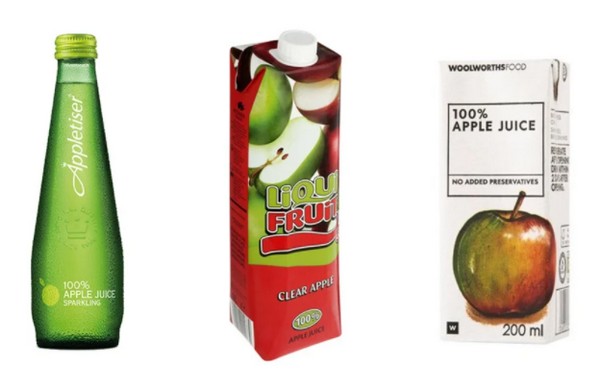 Coca-Cola South Africa was the first manufacturer to raise the alarm in September, issuing a recall for more than 37,000 cases of Appletiser products. A similar recall was implemented in Australia. Just weeks later, LiquiFruit and Ceres – both subsidiaries of Pioneer foods – also announced the recall of certain apple juices. Woolworths is the latest company to recall its 200 ml branded apple juice cartons.

These recalls all stem from the detection of elevated levels of patulin and recalls effect batches of products which contain patulin levels exceeding 50 parts per billion, or 50 micrograms per kg, according to the National Consumer Commission (NCC).

According to an article on businessinsider.co.za, neighboring countries like Botswana and Namibia have also started recalling products imported from South Africa. Ceres products have been exported to 25 countries.