While Chile is still battling the current citrus season, it hopes for a better one next year

Chile is coming out of a challenging clementine season and the country’s lemon season didn’t rank as the best in history either. “In general, it was a difficult year,” says Jose Manuel Ortiz with San Osvaldo, a vertically integrated citrus company based in Chile. Hopes are a bit higher for the mandarin season with shipments continuing until the end of September.

It was a perfect storm of events that resulted in a very challenging clementine season. First of all, a severe drought that has impacted the country for the past five to six years resulted in less water availability than ever before. Although some farmers have more water than others, in general the lack of precipitation is resulting in less water supplies. The water situation is a bit of a case-by-case situation as availability depends on the valley a ranch is located in. The north for instance, where San Osvaldo’s clementine farms are situated, is in a critical position in terms of water supplies.

“This year, we had less access to water than previous years,” said Ortiz. As a result, the trees didn’t receive the amount of water they needed, which impacted the sizing. “Clementines were a bit smaller this year, while our retail customers prefer bigger sizes.” This had an impact on demand as about 95 percent of Chile’s clementines are exported to the US.

“It’s a natural market for us, but definitely a high-demanding one.” In response to the ongoing drought, San Osvaldo’s strategy is to prioritize the best orchards. “We will be pulling older and less productive trees to ensure our high-producing trees get enough water. Some orchards we will just have to forget about as we don’t have any security when it comes to water supplies.”

In addition to smaller sizing, demand in the first part of the season was further reduced by an overlap with California’s Murcott season. “California’s season went longer than expected, so there was still lots of California fruit in the market when Chile started shipping. Orders got pushed back as a result.” In addition, Chile’s production volume was up with an estimated 30-33 percent more volume shipped this season compared to last. All in all, a combination of increased supplies and lower demand compared to last year pushed prices down.

As if that wasn’t enough, increased input costs added to the challenge. “Costs of labor, freight, and packaging material all have gone up.” 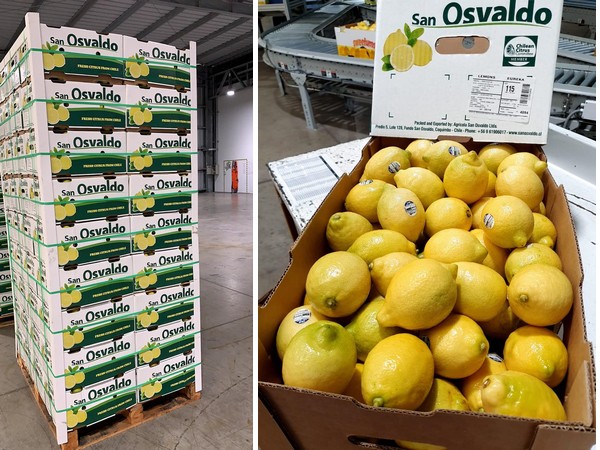 Lemons
Following clementines, Chile’s citrus harvest continues with lemons. They are in the last part of the season and only have about two to three weeks of shipping left (as of August 20, 2021). “Fortunately, lemons were more stable than clementines this year,” said Ortiz. While the US is the main market for Chilean lemons, the country has also been able to take advantage of China opening up for citrus from Chile.

“This is the second season we are exporting to China, and we do have an advantage over competing countries like Argentina and South Africa,” Ortiz commented. As opposed to these countries, lemons from Chile do not need to undergo cold treatment to enter China. While other citrus products from Chile have that same benefit, the country is not able to fully utilize that advantage.

“For oranges and soft citrus, Chile still has some work to do in terms of growing a product that is able to compete with countries like Peru, South Africa and Australia. We need to work on color, sugar content, and correct sizing. In terms of quality, the Chinese market is high-end with high expectations, and we’ll be able to ship more fruit once our quality is at par with competing growing nations,” he said. For lemons, Chile is able to offer an attractive product with a bright yellow color that is finding good reception in the Chinese market.

Despite offering a high-quality product, exports to China weren’t as good as last year during the beginning of the season. “This year, we’ve witnessed a lot more Chilean competitors going into China. Fortunately, the second half of the season was better.” 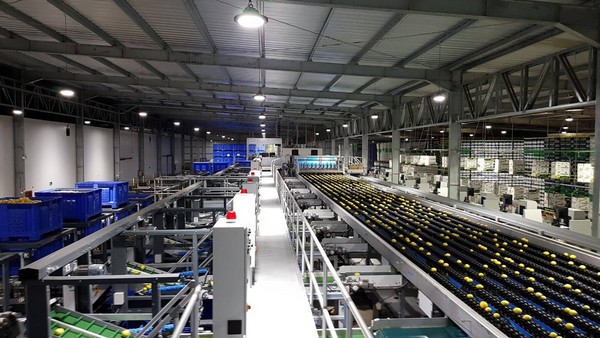 Impact of longer transit times
Although quality of lemons meets the consumer’s expectations in both the US and China, getting the product to the country of destination has been a real challenge this year. “We’ve been dealing with limited container availability, longer transit times and port delays,” shared Ortiz. “This is something we weren’t used to but are forced to adapt.”

In some cases, departures from Chile were delayed while other times it took 10 days to get containers off-loaded at the final destination. Port delays were most prevalent on the US West Coast and issues are starting to arise on the US East Coast as well. Shipments to China on the other hand have been smoother. The longer transit times really affected the clementine season. “Clementines are more sensitive and have a shorter shelf-life than lemons. As a result, the percentage of use was lower than last year. Fortunately, lemons hold better and are less impacted by shipping delays.”

Mandarins
At the tail-end of Chile’s citrus season comes the harvest of mandarins that started early August. “We are expecting a good Murcott season, partly because the water situation is better than for clementines.” Mandarins are grown in the South/Central part of Chile where more water is available. The majority of product ships to the US and arrivals are expected to enter until November. After that, the US market will mainly turn to domestic California grown product.

The perfect storm of the season is completed by a lack of labor. “All the fruit is picked by hand, and we are having trouble to get people to pick the fruit on time,” commented Ortiz. “We need people with specialized skills, and it has been a challenge to find them.” Even though companies have increased wages, it is still not solving the shortage. Reasons for the shortage could be the increased governmental help during COVID. Increased benefits may encourage people to stay home. In addition, less foreign labor entering the country also impacts the availability of workers.

“While we are still fighting this citrus season, I have high expectations for next season to be good. We will recover and move on,” Ortiz concluded. 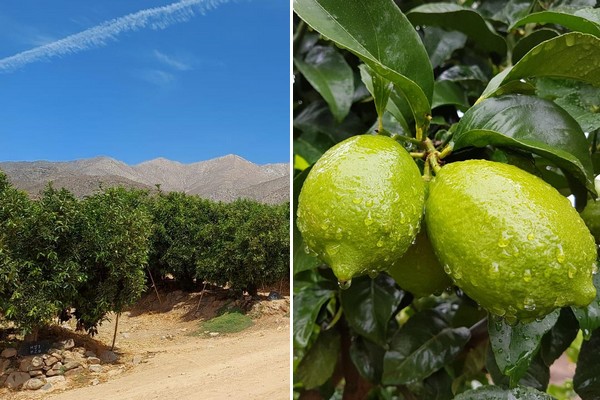