Mercato Ortofrutticolo di Vittoria is now officially part of Italmercati, a business network that gathers, among others, the 18 leading Italian markets. Vittoria is the second producer market in Italy, through which large quantities of produce pass to reach Italian tables every day. The market regularly collects produce from 6,000 growers. 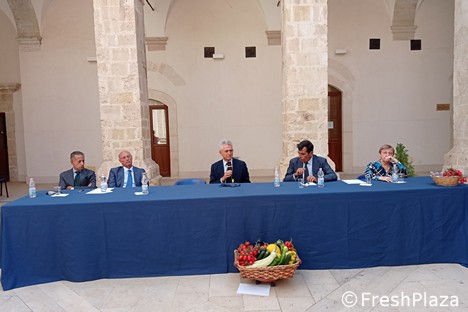 At the center, Filippo Dispenza

The press conference during which the announcement was made was attended by the Extraordinary Commission of the Vittoria Municipality, made up of Filippo Dispenza (prefect), Giovanna Termini (deputy prefect) and Gaetano D'Erba (manager), and which strongly supported the Sicilian market becoming part of the network.

In particular, Dispenza explained the need to pay attention not only to the quality of the products that pass through Vittoria, but also to the transparency of commercial operations. Legality and agromafia were actually discussed at length during the press conference. 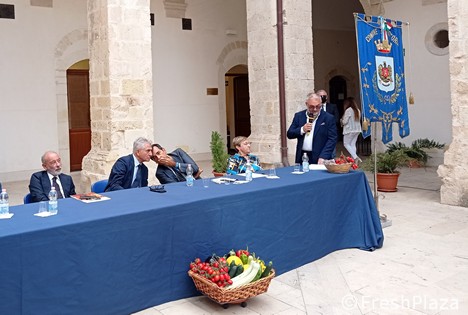 Right: Giuseppe Zarba during his intervention

The new president of Vittoria fresh produce dealers Giuseppe Zarba discussed trade and welcomed the affiliation with Italmercati. He also spoke about a project to guarantee the transparency of payments and commercial transactions. Finally, he encouraged the commitment of the municipality so that produce from Vittoria can reach the main European destinations. 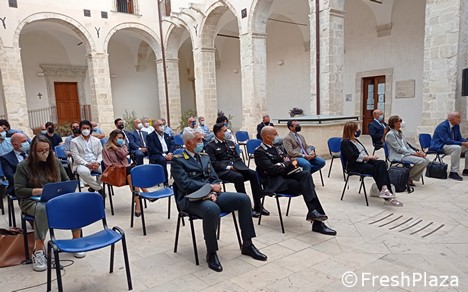 There were news also regarding the corporate structure, as Vittoria Mercati sole administrator Giombattista Di Blasi reported that Vittoria Mercati, an in-house company of the Vittoria Municipality, will take care of the management. 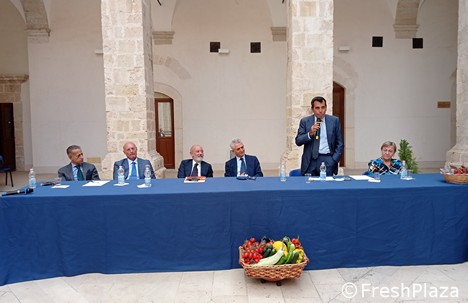 Finally, Massimo Pallottini stressed how "the affiliation with Italmercati further strengthens our business network, reiterating its legality and transparency on a national level. Italmercati is a network generating a turnover of €9 billion and gathering over 2,500 businesses. It therefore represents a point of reference for all businesses part of the agri-food chain, from producers to logistic operators. The Vittoria Market is strongly rooted within the Eastern Sicily basin, one of the leading production areas in our country. From now on, we will work with the new management company to implement traceability and digitalization processes. Thanks to the government commitment for the RRP (Recovery and Resilience Plan), we want to pursue growth and development that can make wholesale markets actual logistic hubs increasingly competitive in Italy." 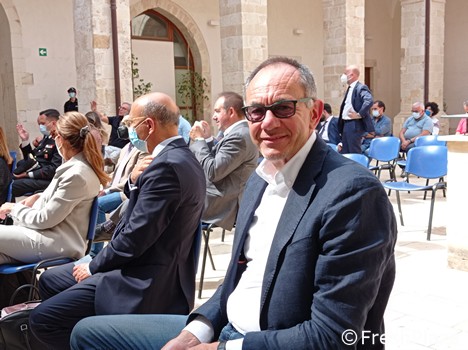